I Feel Love to bring 70's nightlife to NYC 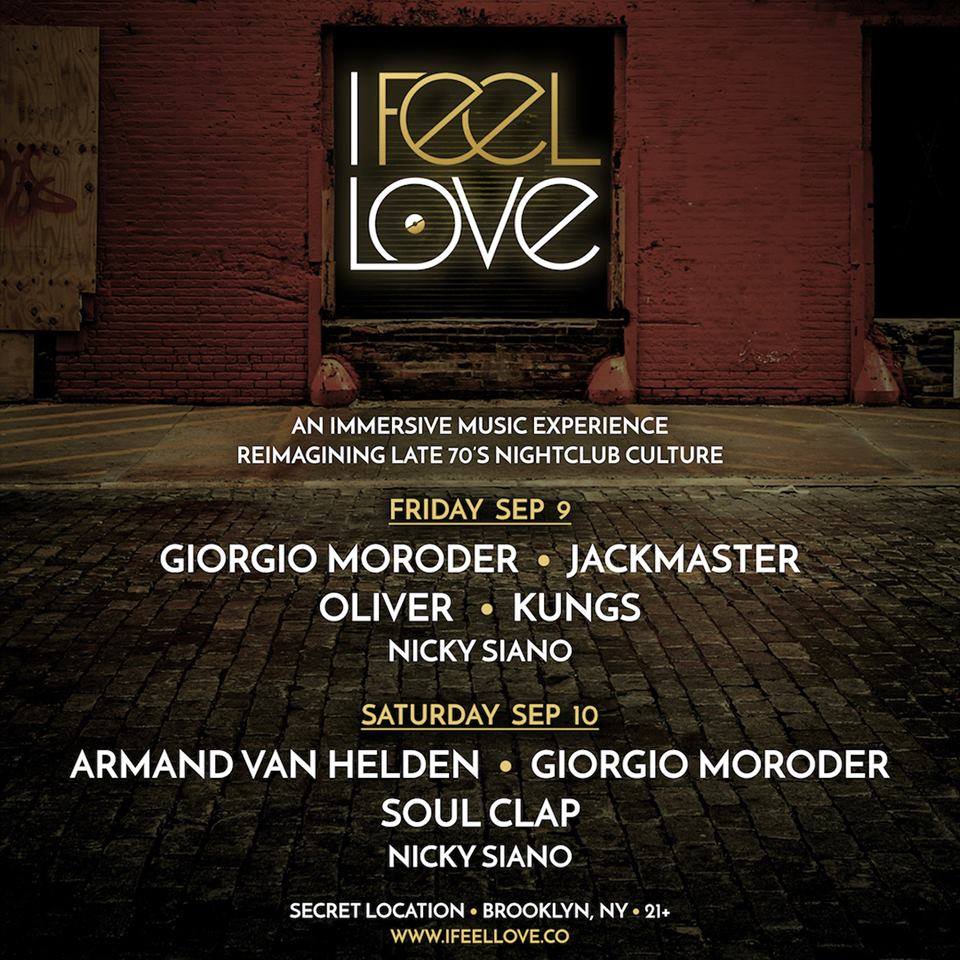 It's no secret that house music has its roots in disco. Deemed the first real "dance music" before electronic music took its foothold in the sound, the remnants of disco culture in the 1980's grew into today's house music, where artists who gained fame in disco's peak remain as icons. Tracks like the 1977 "I Feel Love" from one of the movement's superstars, Donna Summer, have been sampled and used as inspiration for decades, and now, the track is the theme of an event that will hit a secret location in Brooklyn this September.

I Feel Love will feature an immersive disco experience with DJs who embody the music's journey over the years.

Further information on the event here.