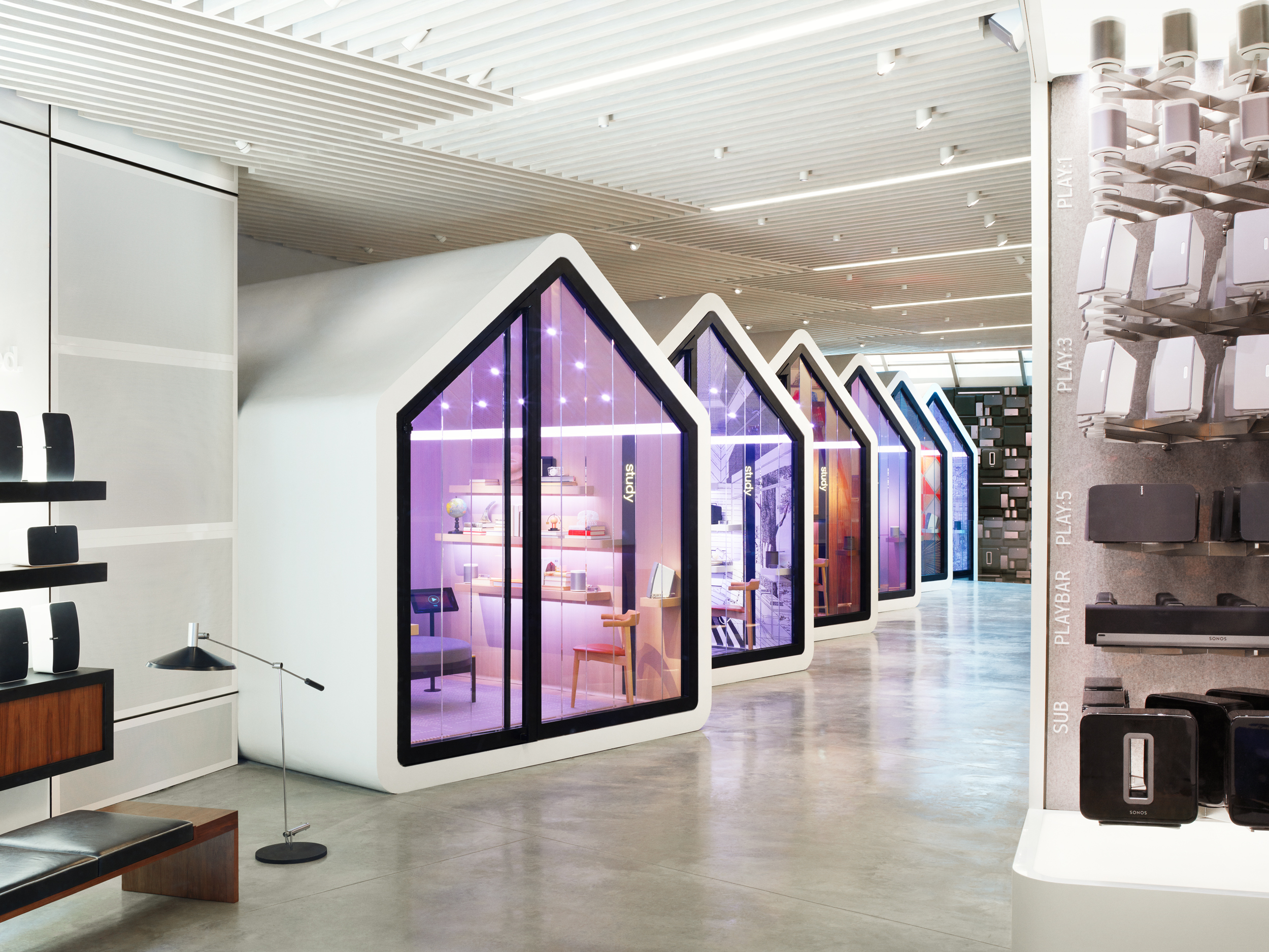 It's no secret that Manhattan's SOHO neighborhood has been a breeding ground for creative industries. In the 60's and 70's, the area housed studios, lofts and recording studios. In the present, it houses creative companies, high end restaurants and destination shopping. The latter just got a new addition, with a new store opening happening next week on Tuesday, July 19. 101 Greene Street will be the new home of innovative hi fidelity sound system of Sonos, where their first flagship store will be open to the public.

The store features just about everything an audiophile could ask for, as well as an opportunity for newbies to get acquainted to the impressive feel of the speaker system and impressive design informed by acoustics. In creating the store experience, the Sonos team collaborated with some of music's icons, including music industry icon Rick Rubin and curations from the likes of Thurston Moore. The store also features individual listening rooms, where customers can fully immerse themselves in the sound of their choosing.

To announce the store's opening, Sonos has also collaborated with El-P, an artist who is most known for his work as apart of The Weathermen and Run the Jewels. In the video entitled "EL-P's Soundtrack to the City," he takes us on a journey through the living, breathing city that is New York, and the experience of creating music here.

For further information on Sonos, head to their website.