After announcing their descent on the Republican National Convention this summer, hip hop and rock super group Prophets of Rage announced that they'll continue their march to disrupt the establishment all throughout this summer. After the weather-delay and cancellation of their special surprise appearance at The Governors Ball Music Festival in New York City this past weekend, the group announced a thorough slew of tour dates hitting various cities across North America starting in July 2016.

Made up of Rage Against the Machine's iconic Tom Morello, Tim Commerford and Brad Wilk, Public Enemy's iconic hip hop figures Chuck D and DJ Lord and just as integral to the development of rock/rap Cypress Hill's B-Real, the group hits innovation and nostalgia all in one beat. 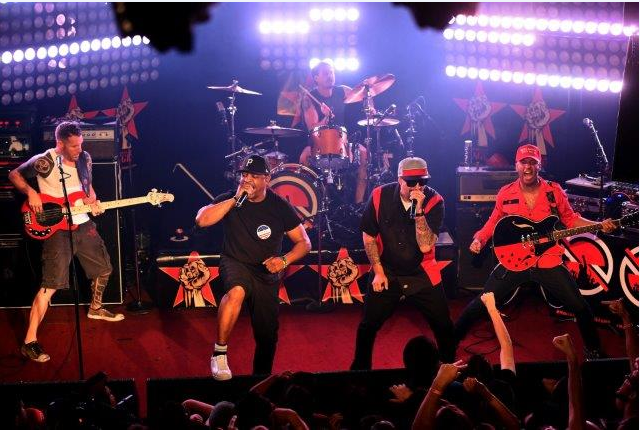 Ticket for the tour begin Friday, June 10th at www.livenation.com.