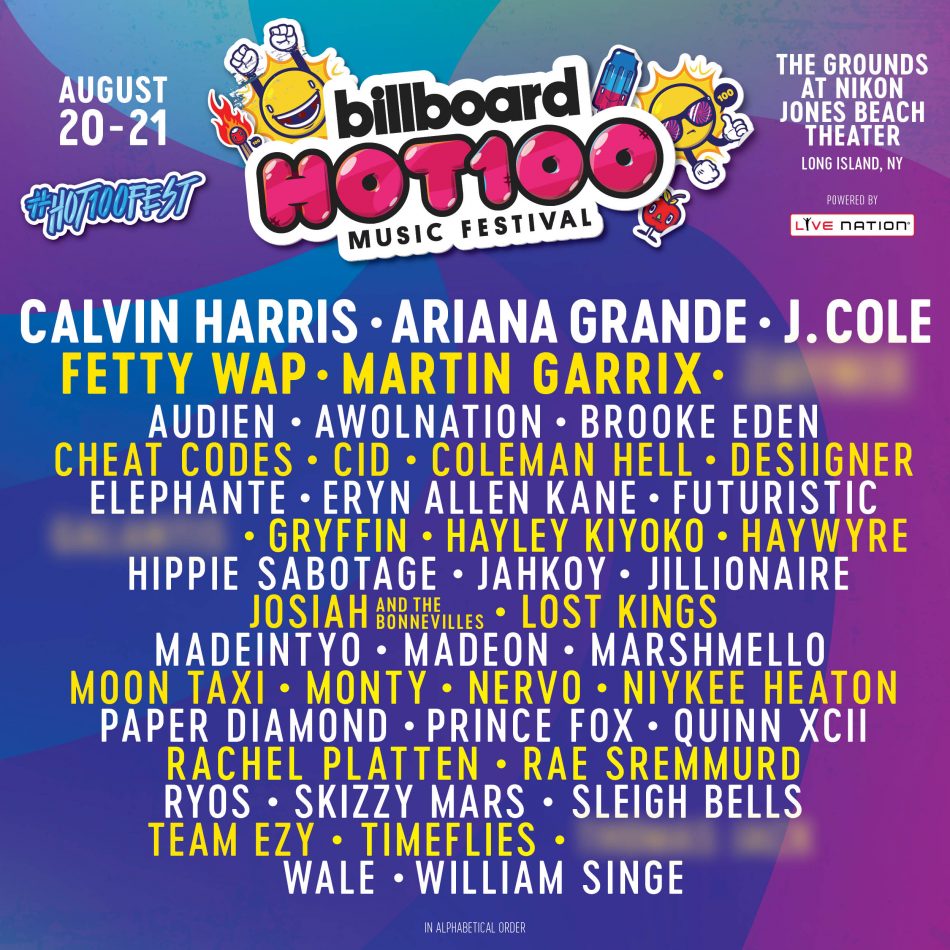 Billboard has been the music industry's leading place for charts, news and trends since the early 1900's. Last year, the brand added another notch to its belt with iconic New York amphitheater Jones Beach welcoming the first ever Billboard Hot 100 festival. Featuring an array of hit makers including The Weeknd, Justin Bieber, Skrillex, Nicki Minaj, Lil Wayne and The Chainsmokers, the festival brought in an array of fans numbering over 40,000. And as announced earlier this year, the festival will return to Nikon at Jones Beach on August 20-21st, with the talent and headliners just announced.

Until then, tickets are on sale now, and can be purchased here.