The National is releasing their album, Day of the Dead, on May 20 through 4AD. The album is a tribute to the legendary Grateful Dead.  The compilation will benefit Red Hot, which is a nonprofit that helps to fight the battle against HIV/AIDS.

The album will contain 59 tracks and feature the War on Drugs, Wilco, the Flaming Lips, Courtney Barnett, Anohni, Bruce Hornsby with Justin Vernon's band DeYarmond Edison and Megafaun, Bill Callahan, Kurt Vile and J Mascis, Jenny Lewis, TV on the Radio's Tunde Adebimpe, the Walkmen, Unknown Mortal Orchestra and others. The National have also decided to throw 19 listening parties scattered around the United States the night before the album is released. The parties will take place in Atlanta, Chicago, Cincinnati, Cleveland, Long Island New York, Nashville, Philadelphia, Pittsburgh, Portland and more. Check out the dates on the flyer below. 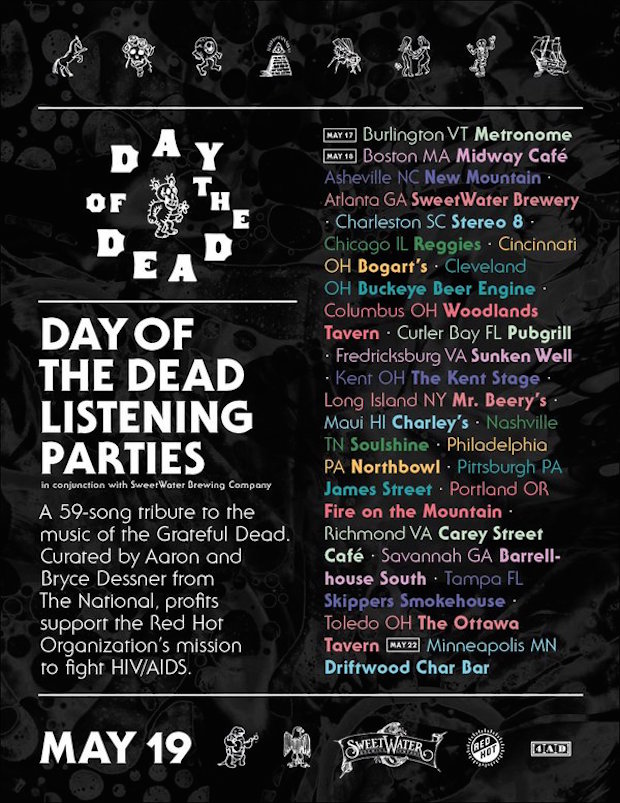