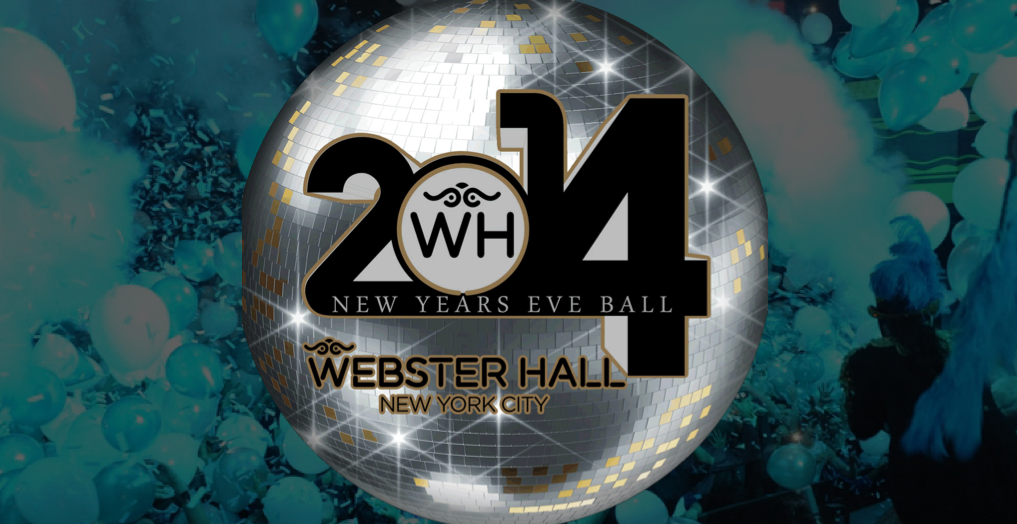 Known as a go-to for some of the biggest and brightest acts that travel through New York City, Webster Hall continues to be an indomitable force in the metropolis' music scene. With that in mind and New Year's eve nigh upon us, we want to give you a heads up about all the goings on soon to be taking place at the historic venue. Because 2013 became a banner year for electronic music, Webster Hall has 3 shows to ring in the new year: two leading up to the date and one massive NYE Ball to for the 31st through the 1st.

On Friday the 27th, the club Otto Knows will rock the club in an electro progressive frenzy. The "Million Voices" star will also be joined that night by Alex Metric whose electronic track "Prophecies" has made it into some of the biggest sets this year. Following  on Saturday will be the trap-heavy artist, Baauer, who always plays a mixed bag of crowd-pleasing to cutting edge songs throughout his set. He will be joined on stage by the noted electronic producer, Ryan Hemsworth.

Finally, the pièce de résistance for Webster Hall's New Year's Week will have to be the NYE Ball, featuring a massive lineup for the after hours party that begins at 3AM. That show will be headlined by Wolfgang Gartner, the massive electro progressive artist in charge of Kindergarten Records and recent hits "Anaconda" and "Piranha". Webster Hall also just announced that Brodinski and Gesaffelstein of Bromance Records will also play at the party, and, if you want to catch them earlier in the night, head on over to Slake for some revelry.

[UPDATE]: RL Grime will be joining the festivities, so be prepared to have non-stop grit from early morning till mid afternoon!