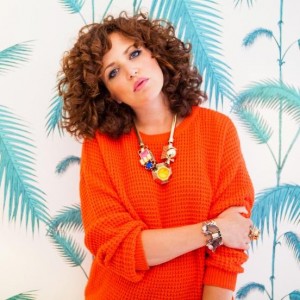 Last year's Annie Mac Presents topped the UK iTunes albums chart and included a rich selection of electronic music featuring big hits such as "212" from Azealia Banks, TNGHT's "Higher Ground" and Rudimental's number 1 smash "Feel The Love" alongside more underground tracks like Justin Martin's "Ruff Stuff", Julio Bashmore's "Battle For Middle You" not to mention exclusive tracks from the likes of British duo, AlunaGeorge and the extremely talented DJ and producer Mele. The latest installment of the series represents all of the tunes Annie has been playing out at clubs, parties and festivals over the past year and brings together an eclectic mix of established and emerging artists.

Highlights of the compilation include a brand new track "My Love" from up-and-coming UK producer Route 94 (specially commissioned for the album by Annie herself),  "When a Fire Starts to Burn" from Disclosure, Rudimental's "Waiting All Night," Chase & Status' "Lost & Not Found," and Duke Dumont's UK #1 smash "Need U (100%)." Additional big name tracks include Jessie Ware's "Imagine It Was Us," Breach's "Jack" and rising producer Mike Mago's "The Show," all firmly representing the resurgence of house music in 2013.

Annie Mac is Radio 1's Queen of dance music. On Friday nights from 7pm-9pm over 1 million listeners tune in to hear Annie kick off the weekend with her selection of today's best new dance music. On Sundays, Annie provides the weekend's recovery, playing more mellow tracks during her 10pm - 12am 'Musical Hot Water Bottle' slot. In addition, Annie is an international DJ and curator of all things 'Annie Mac Presents'. The 'AMP' brand releases an annual compilation album as well as breaking new talent, highlighting what to watch in modern dance music.  Missing out on this release of "AMP 2013" would be a huge mistake for any groove enthusiast, so make it a point to grab it tomorrow.

Following the drop of this epic compilation, Annie will then hit the road in the autumn for the annual AMP tour. The 8-date tour kicks off on the 8th of November in Manchester and finishes on 30th November at the Academy in Dublin and will feature live performances from some of the finest acts in dance music. Provided below are the tour dates, as well as the full track list for "AMP 2013".

4.Disclosure - When a Fire Starts to Burn

8. Jessie Ware - Imagine It Was Us

13.Friend Within - The Renegade 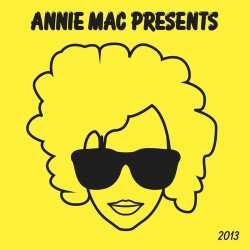