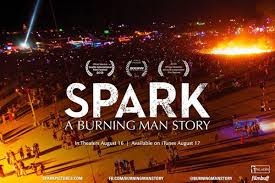 We've all heard of the Burning Man experience, but have we all been to the famed festival? It's one of the craziest and most infamous festivals in the world. One where you can find the most eccentric people, all participating in a week's worth of spiritual enlightenment and recreation. If you're not one of the privy group of people who have experienced the burn, don't worry we've got a couple of ways to bring you closer to knowing what the fuss is all about. Spark: A Burning Man Story is a film that documents the experience visually for viewers, and out of this project the 2-disc album soundtrack was born. Among the sounds of Rudimental, Diplo, and Missy Higgins (to name a few), two original-unreleased remixes made the track list that might give you a tiny taste of the Playa.

Adam Freeland's remix of "Man On Fire" written by Edward Sharpe & The Magnetic Zeros can really bring you right to the middle of the Nevada desert. The remix is on the second disc, Night, which offers tracks not from the film but rather an interpretive accompaniment to the first disc, Day which features songs directly from the documentary. "Man on Fire" is a grimy yet progressive electronic jam that morphs a catchy folk song into an upbeat, late-night dance anthem. The recurring, heavy bass and detailed kicks and snares are a nice combination to Edward Sharpe's beautiful lyrics, shown in this track flawlessly by Freeland.

The second original remix for this album is the Stanton Warriors remix of "Let It Go" from Michael Franti & Spearhead featuring Ethan Tucker. Even if you've missed the festival, don't miss out on this album. These are songs you'll definitely want to be adding to your playlist. The soundtrack will be available for digital download on September 24th. Pre-order the album here and see full track list below.