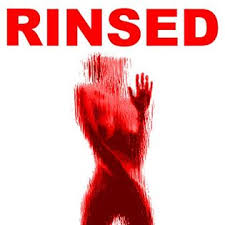 The good people behind RINSED are bringing Kevin Saunderson’s Inner City project back to life. This Friday, at an undisclosed Brooklyn location of course, Inner City will take over the decks along with some special guests. The Inner City project was kind of a freak accident you can say. In the late 80s Kevin Saunderson was experimenting with different kinds of music (while also unintentionally co-creating techno) and happened to make an instrumental track that he felt wasn't complete. He was introduced to Paris Grey who heard it, vibed with it and wrote some lyrics. 'Big Fun' was born. That collaboration resulted in one of the most influential house music projects in history, one that started everything and one that hasn't happened in New York since you could smoke on airplanes. RINSED is bringing New York a very special treat as this is the first show for the pair in over a decade and probably will never happen again for another decade over. Other artists on the bill include, Justin Strauss, who’s past label CV includes KMS Records, Soma, Defected, just to name a few. We also have Dantiez Saunderson, Kevin’s son, and rounding out the bill, Dan Wender & Blacky II. There will be an open bar from 12 AM to 1 AM so plan accordingly. Full details below.

Where: Secret Location in Brooklyn, Location will be revealed to ticket holders

How Much: Limited tickets available on Resident Advisor