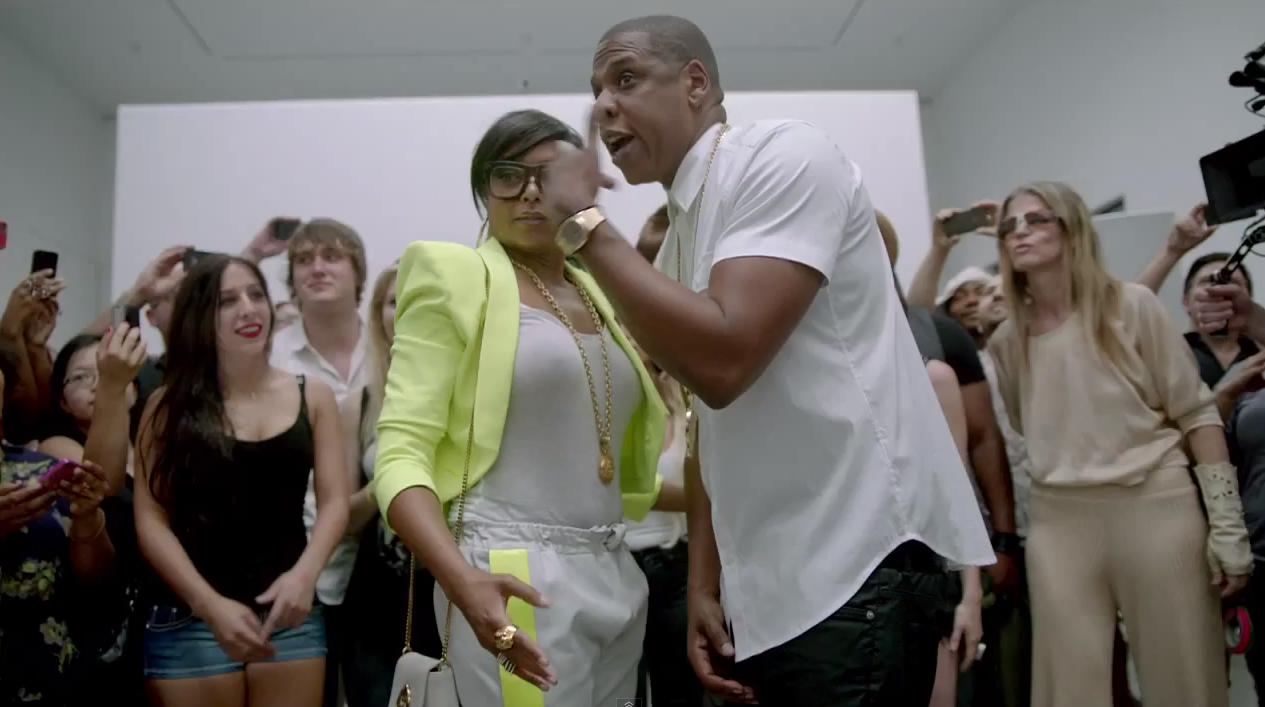 HBO has now premiered Jay Z's highly anticipated non-music video for "Picasso Baby", bringing Jay's personal thoughts on life, art, hip hop and his own intersection of the three to life. For the video Jay elected director Mark Romanek whom the rapper has known since his The Black Album days when Romanek directed the video for "99 Problems."

The video, which was captured live in Manhattan's Pace Gallery last month, was whittled from 30 hours of footage and sees Jay doing what he does best: getting the people going. Emulating a work of art on display, Jay opens by rapping from an elevated platform as if on display himself before inviting a line of spectators--artists, art lovers, avid fans and children--to interact with him.

In a GQ interview with Romanek, the director says of the inspiration behind the video:

I've been in touch with Jay over the years. He invited me to hear the album about three months ago, and I was blown away by what he was doing. We agreed that we'd be collaborating in some fashion for this album release. I ended up doing the Samsung spots which came out really well, and he said that we should really do a music video. I was thrilled, but not really feeling like I wanted to do a music video in the traditional sense. The song name-checks so many fine artists, I thought it should exist in some sort of art world venue. I immediately started thinking about performance artists and Marina Abramovic's The Artist is Present. Since Jay normally performs for 60,000-80,000 people at a time, I thought, "What would it be like to perform for people individually in a gallery setting?"

The concept was largely inspired by Abramovic, who graced the performance herself and is seen being interviewed at the end of the video. Along with Abramovic, the performance included cameo appearances by Judd Apatow, Rosie Perez, Jenna Lyon, Taraji P. Henson, Alan Cummings and more.