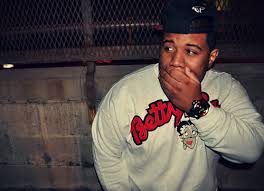 Chris Cordova  has teamed up with DJ Carnage's to document the behind the scenes action of his first performance at the infamous Electric Daisy Carnival 2013 in Las Vegas, Nevada. Featuring footage from the week leading up to the festival, "A State Of Carnage" chronicles Carnages' journey, as he shares his admiration for the festival as a whole, his pre-festival excitement jitters, and his overall appreciation of where is stands in his career. Come along with DJ Carnage as he let's us into his musical world with some special appearances by Tiesto, Dillon Francis, Crizzy, Morgan Page, Afrojack, Protohype, and 12th Planet.