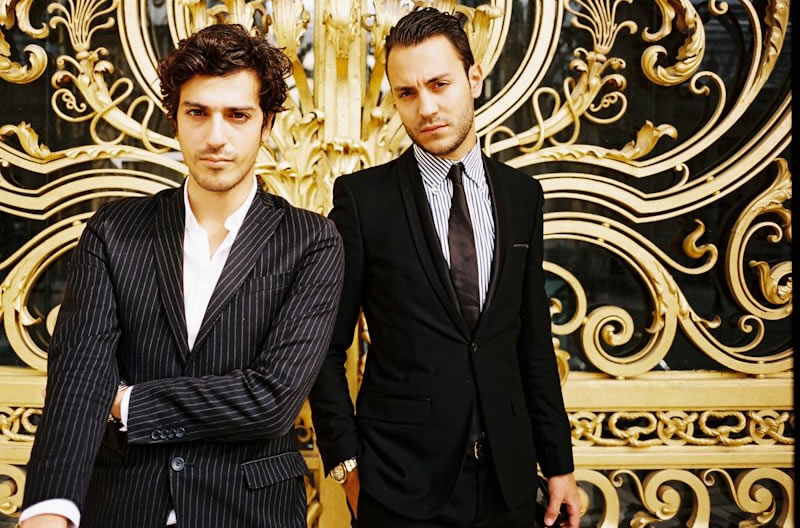 This past Friday as many New Yorkers escaped the big city for the long holiday weekend- there were very few things that could put my beach plans on hold, but one event in particular did just that. We ventured out to one of New York City's most legendary music venues to check out a night that could be briefly described as pure techno heaven as Webster Hall hosted Brodinski, Gesaffelstein, and LOUISAHHH!!! on one of their stops on their Bromance Records tour. Although the city seemed eerily desolate, the scene at Webster Hall was anything but, as techno lovers flocked to see these two notorious Frenchmen stir up some of the best techno beats back-to-back.

Brodinski and Gesaffelstein both respectively relayed their unique styles of music for the full house at Webster Hall by going back-to-back through Brodinski's loud, enthralling techno combined with his signature heavy bass drops that differentiate his style from many of those on the minimal scene; intertwined with Gesaffelstein's dark, brooding, yet energetic style- it made for an evening of complex music that created an emotional yet dismal burst of steady techno lines through the 3-hour set. All of the loops and tings that make techno what it is were of course not absent, but something about this duo makes them stand out in comparison to the average tech house show. Both played all of their individual bangers which paved the perfect path for LOUISAHHH!!! to close out the night.

Notable Tracks From the Night: