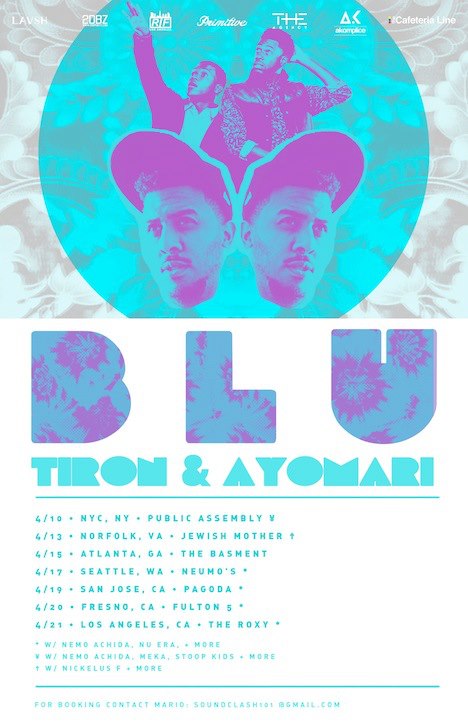 Los Angeles native Blu has announced the first of his tour dates which include fellow Angelenos, TiRon & Ayomari. Blu's recent work with L'Orange has been rippling internet waves and T&A just dropped a new track yesterday so if you've been sleeping on one, two or all three of these guys, it's time to get caught up. More tour dates to be announced so be sure to check back for updates.