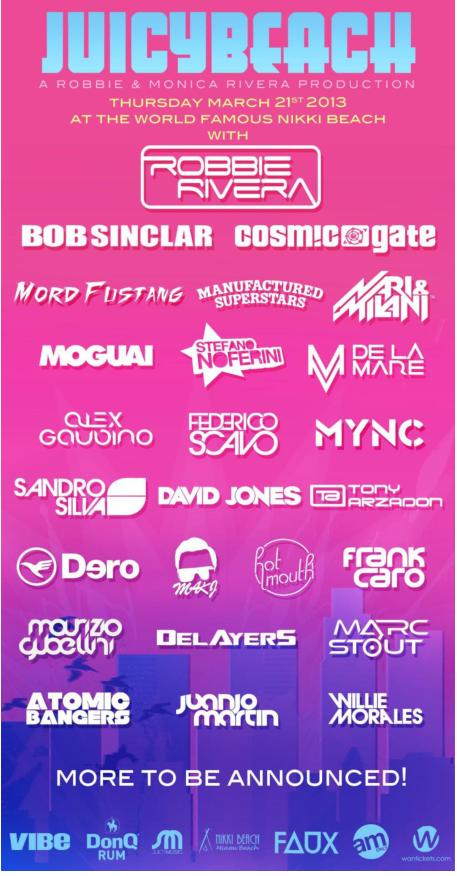 This week, Juicy Beach announce massive additions to its always highly anticipated party during Miami Music Week of the famed Winter Music Conference. Always full of the biggest and best acts in electronic music, the two week event might be the best time of the year for house music fans. Along with events like Ultra Music Festival, Juicy Beach is known for being an annual event that's not to miss.

Hosted by house heavyweight Robbie Rivera, the second wave of lineup additions to Juicy Beach brings on other house names that we're pumped to see alongside Rivera, like remixer extraordinaire Manuel de la Mare, house music enterprise MYNC and global veteran Bob Sinclar. But the most exciting part about these lineup additions are that they don't end with just one genre: this lineup caters to any and every house music taste. From euphoric trance from Cosmic Gate, to dirty Dutch from Sandro Silva, just about everything that could be captured in one event is.

Get pumped up for the shows as well as for the Juicy Beach World Tour by taking a listen to the minimix below. Or even better, take the plunge and buy tickets to one of the Miami shows below.