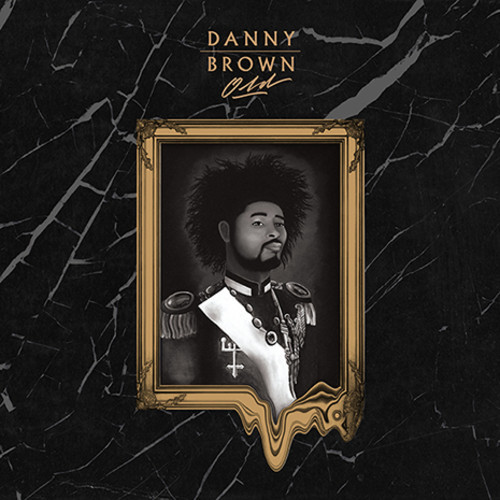 In the coming months, fans of Danny Brown and his new LP, Old, will take to internet forums and comment sections to argue or scream at one another about which portion of the album is the best. Like his previous work, Brown divided the 19 tracks into two distinct sides. “Side A” finds the rapper more introspective and reminiscent; while “Side B” is filled with the wild exuberance and the over indulgence of narcotics that helped to bring him world-wide acclaim. Like on XXX, his 2011 album that helped to launch his career into stardom, the fanatical pace of his party or club tracks will attract more replay value and fanfare. Hopefully, unlike his earlier work, the latter half of the album won’t diminish listeners’ interest in the first half.

For the past four years, Danny Brown has been slowly constructing a character that is eerily similar to Trevor Phillips from Grand Theft Auto V. Not that Brown is a psychopathic killer, who would rather settle disagreements with blood and pain then with a civilized discussion. Instead, their complicated personalities that appear to lean on pure debauchery and the intense following that both have accumulated in such a short time span runs parallel to one another. Trevor represents the unadulterated mayhem that players’ inflict on Los Santos, as well as the truly psychotic nature of this turmoil and the darker side of the real life participants ego or id.

In the same way, Brown typifies the reckless abandonment of youth and the current culture. He consumes the molly, weed, alcohol, and fashion that fans cannot in the same vein as Trevor’s unlawful and irrational behavior does. Old is the perfect means for escapism; a lush view into a world that is incompatible with the lifestyles of many of the fans and critics, who will undoubtedly enjoy chanting along as Brown rhymes about his drug filled escapades.

The addictive nature of “Side B” is what makes it so dangerous, like the illegal narcotics Danny borderline loves. If taken alone, the weightiness of “Side A” will be lost, and it will become easy to lose oneself in the party. As one plays through GTA, he or she learns more about the complicated character that is Trevor. He had a tragic upbringing—his father was an abusive husband and his mother was retaliated against her only child—he has been betrayed, and he was kicked out of the Air Force due to psychological issue. Trevor’s madness arises as a coping mechanism for the physical pain and emotional damage he has endured.

Danny has repeatedly said that this album would be more subdued and a move away from some of the outrageous moments of his preceding works. There wouldn’t be as many dick jokes. He also stated that he would address his fans, who all want something from him without consulting the emcee himself. Old was a reference not only to his age, but the pleading of some of his loyal listeners to return to his familiar crack slinging style. These factors contribute to an existential crisis that Danny is faced with throughout the album. However, this impasse is only one of a plethora of issues that upset the freaky image he has construed for himself.

“Side A” becomes the receptacle for Danny to store his vexatious memories. When “Side A (Old)” begins, the listeners are transported to the gritty Detroit streets during a Michigan winter, where we follow the drug dealer that Brown use to be. On this track, he doesn’t rely on hyperbole to gain credibility nor does he sugar coat facts, rather he exposes the vulnerability and the horrifying conditions he was subjected to in the past. Open stoves for heat, dealing with fiends, family members using drugs, a total disregard for the value of life, and gangbanging dominate his lyrics as they did his existence for a significant chunk of time—a far cry from the atmosphere of “XXX”.

Throughout the introductory song, Danny makes it explicitly clear that he is tired of hearing about how he needs to go back to rapping in his traditional voice about the gangster life. “Return,” the following song, should appease the fans he was previously speaking on. Definitely a highlight of the album, both Brown and Freddie Gibbs deliver some tough, slick, cold gangsta lyrics over a beautiful soulful Paul White production. However, it feels like a low point for the Detroit emcee, as both older and younger fans don’t seem to understand him. “Return of the gangster cause niggas want that real/ Want that old Danny Brown, but nigga I’m like chill/ Return of the gangster fuck a hipster squeeze the trigger/ You got me fucked up, I’m a hood ass nigga.”  He isn’t only concerned about the past here, but how his former life contradicts with the way he is presently viewed in the media. Instead of bragging about his previous exploits, it seems like he is pained by the retrospection. Therefore, rapping about it is forcing him to recollect about memories he wished he could avoid.

Yet, he continues. “Wonderbread” is an ambitious display of storytelling that hasn’t been seen in hip hop. He rhymes in style reminiscent of a Dr. Seuss book about a time his mother told him to pick up a loaf of bread from the corner-store. Paul White creates a fantastical beat that is befitting the situation. Along the way, Brown runs into fiends, sees gangbangers shooting, a judgmental store clerk, and eventually a bunch of thugs who jump him. Even though he sounds ridiculous upon first listening, he pulls off his goal extremely well and his lesson that everyone just “Wants the bread” is delivered in such a unique package.

While “Wonderbread” puts a scarring image to a wondrous soundtrack, “Gremlins” and “Torture” do not give listeners an easy distraction from the abrasive lyrics that are contain within them. The former details the criminal deeds of young Detroit males engrossed in the streets and has some chilling lines, “I know some lil’ niggas that thirst cream/ That pop a bitch on camera and we ain’t talkin’ bout twerk team/ Shootin’ up cribs turnin’ porches to smokescreens.” “Torture” speaks to the terrible memories that still haunt him, like his “Unc beating on my Auntie”. “Look in my mind and see the horrors/ All the shit that I’ve seen/ Nigga, it’s torture.” Remembering being jumped for bread, seeing fiends tormented by ravenous dogs, or seeing kids morphing into coldblooded killers all bring him back to a moment he wishes he could forget, due to the pain. This keeps him up at night, and eventually to attempting to wash away his misery with drugs or drink. Hence, “Side B”.

Trevor steals from government agencies and executes elaborated heists with his crew, while Danny pops as many pills as humanly possible and parties hard. Every song starting from “Side B (Dope Song)” and ending in “Kush  Coma” revolves around excess, fornication, and overindulgence of the spoils of success. It would not be unfair to say that this half of the album feels shallow compared to the depth of the former, but it should. He is running away from his problem, diving deeper and deeper into his addictions to avoid dealing with memories that haunt him. In a way, this portion is more disturbing than the previous, as we are witnesses to Danny’s denial and self deprecating train heading straight for ruin.

He expressly states that he is no longer going to rap about selling dope on “Side B (Dope Song)”. This track not only serves to separate both sides, but to provide Danny one last chance to get all of his drug dealing past off of his chest. It has both the party atmosphere of the proceeding tracks, but with the content of the first half. It is by far the heavies track until his ultimate come down on “Float On.” The beautiful strings that Rustie samples at the beginning of the track, in a way, represent Danny’s introduction to mainstream Internet celebrity and major respect in certain circles.

“Smokin & Drinkin”is a rowdy track, which sees both A-Trak and Danny go absolute bonkers on. A quick glance at the song’s title will give you a complete understanding of the song, but when coupled with what’s been discussed earlier, we get a darker tale. “Sipping oil never sober/ Bring backwoods of that OG, we smoking them back-to-back/ Molly looking like sugar, so you know that I’m dipping it.” He stays hopped up on drugs for most of the day, which helps him to get through it. However, this song is primarily a dance song; A-Trak is one of the best producers in that regard, which makes it hard to sit still while it’s on.

Any college student would probably tell you that going to frat parties after awhile loses that cool edge and novelty that it once had. So to do the songs Danny strings together on this side. “Break It (Go)”, “Handstand”, and “Dip” all sound pretty much the same, they have identical content. There isn’t a variety between the tracks just like the redundancy of partying every single night. It gets old. Which may have been planned out, may not have been. If it was, then they should call this criticism a success.

Michael and Franklin assist Trevor on all of his escapades, and Danny has a whole slew of features to help during his. TDE is in full effect, as Ab-Soul almost steals “Way Up Here” and Schoolboy Q drops some lyrical heat on “Dope Fiend Rental.” Srufizzer easily has the best feature on the entire project, and is competing for best verse. “Dubstep” is a standout track, and the grime veteran just finds his groove and rocks with it, showing Americans how wild a verse can be while maintaining an air of cool. A$AP Rocky on the other hand, should have never been added to “Kush Coma”. He adds nothing to the track, besides a subpar verse and some references to fashion that no one will care about by that point in the album.

By the time “Float On” comes on, it feels like we have journeyed far away from the Detroit we started at. No longer are we in the thick of the gunshots and fiends, we are with a sullen Danny, who is in a different place. Like Trevor, when you peel away the many rough exterior, you are left with a vulnerable person who wants nothing more than to be accepted and finally sleep.

It isn’t perfect, it’s not even trying to be, but it is heartfelt and amazingly put together. Instead of Old, this album could have been called Now, because Danny’s music perfectly exemplifies how one’s past never really disappears, but subconsciously influences our decisions and actions. His Side A makes Side B more meaningful, one is not better than the other, instead they both rely on one another.