The release of, Sorcha Richardson’s newest album, Smiling like an Idiot on September 23rd is monumental for women in Indie everywhere. This release comes after the debut of her first album, First Prize Bravery in 2019. Sorcha may seem fairly new to the indie scene, but she has been releasing music for years.

Her first EP, Sleep Will Set Me Free, came out in 2012. She has made huge strides so far, opening for mega indie star Mitski, and playing at Longitude Festiva in 2018. She is a Dublin Native, originally growing up in Dalkey, Dublin, but moved to Brooklyn to study creative writing. Following her studies, she returned to Dublin in 2017. During this time, some of her singles such as, “Ruin Your Night” began to gain mass amounts of popularity.

Before the official release of the album on September 23rd, Sorcha delighted fans with the release of singles, “Archie,” which explores the anxiety that comes with falling in love, and the single, “Shark Eyes” which captures the initial rush of passion and infatuation that comes when you are first interested in someone.

On this album, she primarily worked with songwriter and producer Alex Casnoff. Together they worked to create a masterpiece, that expresses Sorcha's love for the city of Dublin. Alex also worked on her last album, and the two have been a wonderful team for some time now. The album highlights the feelings that the city gives Sorcha as she looks back on the way she fell in love with its history and people.

Sorcha took the time to reveal to her fans on social media the meaning behind her track, “Hard to Fake It”, which was another single she also put out before the final release of her album. She said it was one of the last songs that she and Alex worked on for the album, consistently altering it to ensure its perfection. The tune depicts a night in Dublin between two people who share romantic tension, but are too afraid to make any moves in the moment. The song holds such striking lyricism, and the instrumentation mirrors the feelings that Sorcha is trying to depict through intense drumming. In the song, she sings, “I'm not like this with anyone else”, showing the weight of the feelings she holds for this person.

This track allows listeners to picture Sorcha and her partner dancing intimately in front of the television. The harmonies allow us to get lost in the music. “525” is also another calmer pick from the album. The instrumentation is simple, just Sorcha and an acoustic guitar played fingerpicking style. There is also a tranquil synth in the background contributing to the depth of the song. The song depicts a confusing relationship with a lover. The lyrics read, “Was it just a kiss…Was I just a kiss goodbye.” These simple, yet sorrowful lyrics are the exact kind that indie listeners love and constantly search for.

The song “Stalemate” is the fourth track on the album. With its beautiful harmonies and seamless instrumentation that build suspense, listeners are taken through a notable experience. The next track, “Purgatory” has a more electronic feel, with the inclusion of twinkly synths and vocal chops. The song is very drum focused, with hints of piano hidden behind the drums.

The song, “Good Intentions” is the seventh track on this project and opens with unique percussion. Sorcha continues to use dream-like, euphoric synths as she describes her attachment to her lover. She battles with herself asking, “If I tell you that I love you, would that be overkill?”. The track “Holiday” truly reflects Sorcha's internal struggle, in dealing with this lover. She seems to be reminiscing on a past vacation with this person as she finds herself alone in the present. She sings, “It's a holiday, it's just different with you.”

The album then moves onto the track, “Jackpot” where listeners are drawn in with the intense strumming of a guitar and are kept interested throughout the track, as Sorcha includes interesting panning. She also incorporates a steel guitar on this track along with angelic vocal harmonies stacked on top. The song reflects the struggle of being afraid to make a move on a person that you are interested in for fear of ruining the friendship you share. The title track, “Smiling like an Idiot” starts with light guitar strumming and then transforms into a brilliant story. This track feels like a giant release of emotions for Sorcha. She is fully wearing her emotions on her sleeve as she finds herself, “smiling like an idiot again.”

Sorcha Richardson is the newest addition to a legacy of heartwrenching indie writers that can relate to generations of young people, finding themselves in this tricky world. Her sound is solid and recognizable. It is clear that she has been working on creating her signature sound for some time now, and it will be rewarding to see what Sorcha has to offer us in the future after this great body of work. Sorcha gives fans her true, raw emotions on this album while additionally paying homage to her home, allowing us to delve into her world, which is an experience like no other. 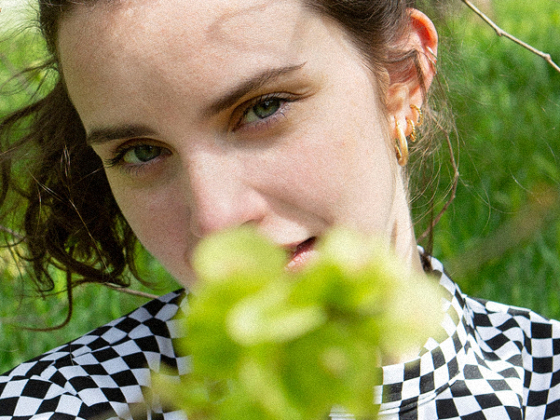 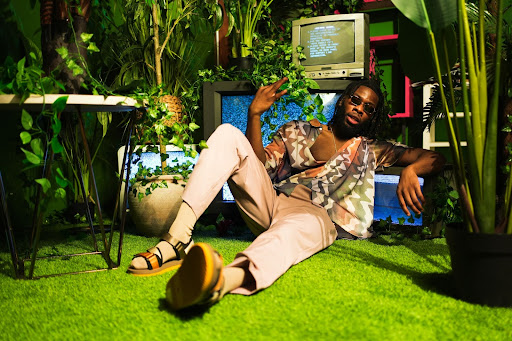 Jssan pays ode to Chicago city on "City of Mine"