Ghanaian singer Black Sherif make a huge splash with his break-out song "Kwaku The Traveller" which became an international hit and go-to music for memes and TikTok videos in 2021. Prior to that, he released "First Sermon" and "Second Sermon" which gave him the first push and buzz. The tracks saw him in his element as one of the progenitors of asakaa or Ghanian drill and also gave the world a sneak view into his life as he tried to balance the dark and bright portions. In his new song "Soja", he embodies the oft-used soldier theme as he prepares to face his fears and conquer them in order to achieve his dreams. Produced by Joker and Black Sherif, himself, the song is a somber and reflective piece that follows the singer's battle with his inner demons. He pours every fiber of his being on the moody backdrop as he cries out "Inside me I'm celebrating but outside them dey kill me/ My own self dey kill me". Not afraid to express feelings of anxiety and inferiority, he is ready for anything the industry will throw at him, both the good and bad. The song ends with a chorus of female voices in harmony which run through the song powerfully and poetically.

Earlier this month the rising star announced his debut London show will be taking place at KOKO in Camden on October 25th followed by a show in New York on November 6th. 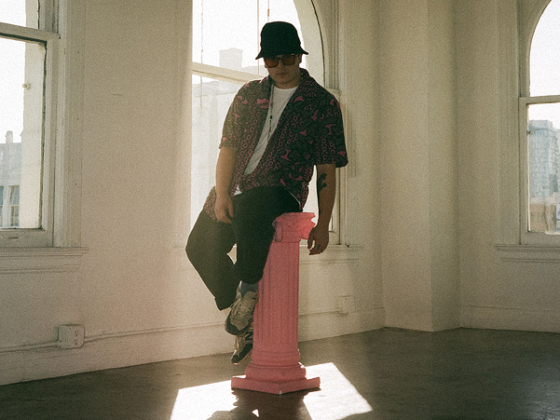