Nashville hip-hop act danny G took on the mammoth task of creating 10,000 pieces of content for his social media in 2022, rising through musical ranks through a powerful combination of raw talent and steadfast dedication.

From building a strong connection to his fans through daily social media livestreams, collaborative content spanning across diverse interests such as music, comedy, sports as well as an 18-date summer tour with Michael Wavves, danny’s following has grown leaps and bounds hinged on his ambitious goal.

Speaking to Earmilk, danny G reveals what inspired him to pursue the #10Kin22 challenge, how he keeps himself inspired and motivated to create content, how his love for sports and music blend together, his experience touring and much more.

What inspired you to work on creating 10k pieces of content? Take us through the first moment you decided you could take on this challenge.

This year I wanted to create a platform for myself that allowed me to promote my music and brand without having to rely on anyone else. I’m very aware of the importance of social media and creating consistent content in today’s day and age, and so I knew if I could put out quality content at an extreme rate, growth would inevitably occur. And here we are two thirds into the year with my Tiktok sitting at over 1.1 million followers and my Instagram almost tripled from what it was coming in to the year. It’s just all about consistency.

Obviously it’s a big number, besides that itself being a challenge, what was the most challenging part of  #10Kin22? Was there a part of it that was surprisingly easy for you?

The toughest part for me has just been staying on top of the content on days that I’m just really not feeling it. Everyone has low energy days where they’re feeling burnt out, run down, and drained. So pushing through during those times has certainly been tough, but at this point I’ve been able to make the content creation/posting a habit. It’s become so automatic that I’m able to get some videos posted daily no matter the circumstance.

It’s difficult to keep up motivation to constantly create content. On days where you might lack motivation or inspiration, what gets you going again?

I brainstorm for 30 minutes every single morning. Just writing down ideas in my notebook. I do this so that on those days where there’s no inspiration, I already have a plethora of ideas at my disposal. It’s impossible to feel inspired every day so I knew I needed to be prepared for when those days come up. I also have found that working out seems to re-energize me and get my ideas back in flow, so I go on runs daily to keep that mental sharpness. Lastly, I've found reading always inspires me. I’m a big nonfiction, self improvement book guy. Give me 20 pages of a book like that and I’ll be right back in stride!

It might be hard to pick but from the various types of content you’ve tried putting out. What have you enjoyed the most? Is there one that you might never return to try again?

I did a chicken sandwich tournament that did over 20 million views and had so much fun with it. I literally just ate sandwiches and gave my commentary and Tiktok absolutely loved it. I like content like that because I’m really just being myself. I’m myself in all my videos, but in ones like the chicken sandwich tourney there’s no other script but for me to talk and show my personality, meaning people are enjoying who I am, not just what one video does for them. I think this is a super important thing to keep in mind for creators trying to break through. You want your followers to fall in love with YOU, not just your videos. If your audience only loves the videos they’ll be gone once they get bored of whatever is hot for you at the time. If you have a fan base that’s in it because they resonate with YOU, they’ll follow you wherever you go content wise.

Fans have obviously been very supportive of your pursuit of this challenge. But has there been one fan comment, reaction or interaction that’s been particularly memorable or special?

I’ve received a bunch of DMs about how fans who I’ve been able to pull out of a dark place with my content which is all that matters at the end of the day, it’s the reason I’m on this pursuit in the first place. I’d say what’s been the most memorable to me though is the meet ups that I did on tour. It’s cool to build followers and numbers but you don’t really believe the impact you’re having until you get to see the fans in person. Getting to kick it and chat it up with followers in random cities I had never even been to is just bizarre to me. Coming into this year I could never have done meetups, and my goal like I said was to create that opportunity for myself. I’m proud to say that I’ve done that, and motivated to have meet ups that are five times the size by this time next year.

Both music and sports play important roles in your life, but how do they influence each other? Is there something from your love of basketball that enhances your music and vice versa?

Yeah, I think all of my influences blend together and are all related in a way. As an athlete I listened to a lot of hip-hop as pump up music getting ready for games so I think that jump started my love for hip-hop. I also feel that rap and even pop music are all about understanding pop culture, and sports are a big part of culture. In addition, in being an athlete my whole life I look at my career as a sport. I know that I need to work harder than those around me and log the hours to get to where I need to be. That hustle and grind mentality has definitely come from my athletic background. You’ll also catch a lot of sports references in my lyrics. Sports obviously influence the content I make as well, as my whole Tiktok entertainment page is essentially sports themed. 90% of my demographic is made up of athletes, which I think benefits me. As an athlete, I make music that I want to hear. So with that in mind, it’s likely that all these athletes who follow me will appreciate all the new music I’ve got rolling out.

It was a great experience. Having never been on the road I had no idea what to expect and there were certainly some ups and downs, but all in all it was great to meet some of my fans in person and a huge learning experience. I learned that life on tour is NOT glamorous as an up and coming artist, I learned which markets to come back to and which to stay away from for a bit, and also got familiar with what works and doesn’t work on stage for me. I think it was definitely a bit early for me to get out on a tour like that since I’ve really just started in growing my fanbase, but there’s something to be said for just taking the leap and going for it. I’ll say this too, selling hard tickets to random markets is the toughest thing to do in this industry in my opinion. You can have thousands of fans online telling you they’re excited to come to your show, but until those tickets are bought and those bodies are in the room nothing is certain. It’s just not easy to convert tickets in today’s climate and so I have IMMENSE respect for artists that can do high ticket numbers in every market.

What are some special moments from the tour you’ll remember forever?

I had a moment on tour where I forgot to plug my guitar in, and so I did the whole section of that song unplugged. I ended up loving it and did it like that for the rest of the tour, not even a mic for my vocal, just all acapella. So that was cool. I’d also say that the Colorado show was an incredible moment. Obviously it was my hometown show and so I knew the turnout would be strong, but the energy and love in that room was unmatched. Also had a big meet up in Boston that I’ll never forget. Like I said, seeing these fans is just surreal to me as someone who’s really only eight months into truly building a fan base the right way.

Finally, what's next for you? What’s on your bucket list?

Up next for me is of course more content and continued social growth. I’m looking to expand platforms and get some viral videos going on IG, YouTube, Facebook, etc. In addition, I’m going on a run of dropping a bunch of music here to close the year out. In the past I’ve over-thought which songs to release to the point that there’s lots of music that’ll never come out that I wish I had. So I’m trying to get out as many quality songs as I can without overthinking it. I’m basically looking to apply the same Tiktok strategy that’s worked so well for me to my music releases, and honestly just to my overall business model. I’ve never been so excited and optimistic about the future and trajectory at which things are headed. 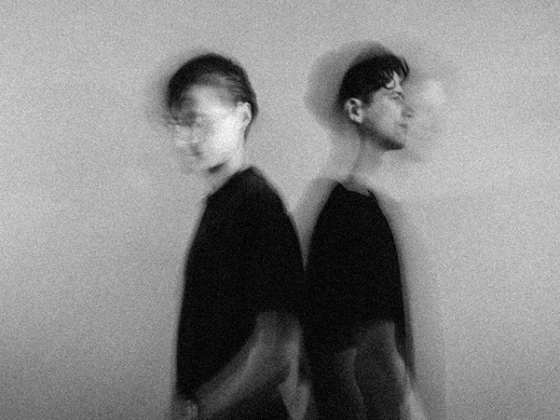