It has been a great year for hip-hop as we got acclaimed projects from more than a handful of emcees, from K-Dot, Benny The Butcher, to the revered OGs AZ, Pete Rock, and more. Now as the mid-year rolls on, the legendary producer DJ Premier crowns it with a 5 track body of work entitled Hip Hop 50 Volume 1.

The project which was crafted in conjunction with the label Mass Appeal is said to be the first of many volumes to come. Produced entirely by DJ Premier himself, the project features Joey Bada$$, Remy Ma, Rapsody, Nas, Run The Jewels, Slick Rick, and Lil Wayne, who all come together as a united front to continue the legacy of hip-hop as a culture. The project is also his first proper project since the release of Gang Starr’s historic and chart-topping, One Of The Best Yet.

The project starts with the rousing punchy track "Lettin’ Off Steam" which sees Joey Bada$$ getting his rap on with his slow flow and unfiltered rhyme schemes. As the title suggests, it's strictly Joey blowing off steam with the pad, pen, and Prem's gritty soundscape.

This is followed by the all-women joint "Remy Rap" which pairs Remy Ma and Rapsody for a historic collaboration bridging the old and new. Remy Ma is absolutely ruthless with the bars with lines like "Ya'll be on some she hit me so I'ma hit her back/ I be on some she hit me so now she's getting clapped" while Rapsody follows suit with an excellent opening "Daughter of a gun, I spit it like a bullet/ That's literary caution I should win me a Pulitzer" before reminding us of her lyrical pedigree as a true wordsmith. In summary, these women came to slaughter everything on the microphone and Preem lays the perfect booming backdrop for them to excel.

The legendary rap God Nas takes it back to the core essence of hip-hop with the anthemic "Beat Breaks", a slamming tune that explores the genesis of rap and how it coincides with what we have today. Next up are El-P and Killa Mike aka Run The Jewels on "Terrible 2’s" who bring pure mayhem over Preem's eerie beat made up of haunting key stabs and spacey textures. The chorus sees Preem scratching lines from the late GURU, Drake and Busta Rhymes that tie into the theme of the track.

The final cut "The Root Of All" is an unexpected pairing of emcees as we see Lil Wayne rhyming alongside another legend in the form of Slick Rick The Ruler. The record has soulful and nostalgic textures and smooth punchy drums that exude an undeniable head bop and completely stray from the previous moody, cinematic beats. On another note, Lil Wayne is rapping his butt off and really holds his own against Slick Rick's smooth flow and vivid lyricism. In summary, this was the best way to end it, something heartfelt, engaging, and filled with a dash of bravado from rap's flashiest emcees.

The Hip Hop 50 soundtrack will encompass a series of 10 EPs of all newly released music that will bring together the industry’s most highly regarded producers who are defining the landscape of music and culture in celebration of 50 years of Hip Hop. Following DJ Premier’s EP release, fans can look forward to new music curated by Swizz Beatz, Mustard, The-Dream, Mike Will Made It, No I.D., Hit-Boy, Take A Daytrip and Tainy.

The entire series will be distributed via Mass Appeal’s new deal with The Orchard. Bringing together some of the biggest names in Hip Hop, this project will further solidify the #HipHop50 movement as it not only captures 50 years of culture but will also honor some of the latest and greatest to do it. A portion of all #HipHop50 proceeds will be donated to various charitable organizations, including the Universal Hip Hop Museum set to open its doors in 2024. 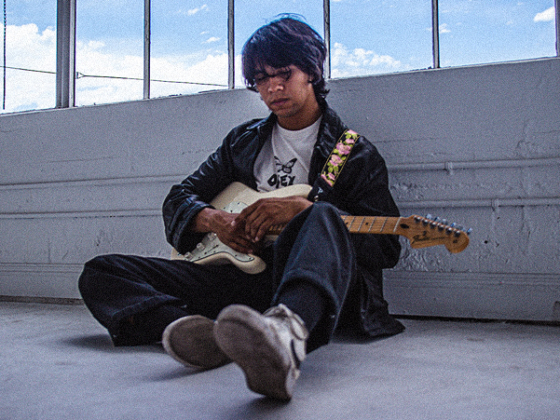