Indie singer-songwriter Jonny West just released his beautiful new single "Holyfield". The artist, who is known for his introspective, raw lyricism and genre-fluid sounds, has a brilliant way of touching his listener's emotions with unabashed honesty and a unique take on relatable circumstances.

Both sweetening and stirring, "Holyfield" pairs a romantic reverie with unfiltered honesty for a space filled with healing, acceptance, and optimism. Featuring vivid lyrics, lucid echoing vocals, and warm atmospheric melodies, the listener can't help but slip into a gentle daydream of their choosing. Lyrics such as, "I know how the seasons go // I've seen it all before // and I don't care to see it anymore // but if you want a holyfield // where you hold me near // then go ahead and swing for all the fences that they put us in," give the listener a newfound sense of wonder and renewal. Much more than a diary, West sets his intention for how he will approach love and relationships in this chapter of his life. West further confides, “Holyfield is a hopeful cruiser. I wrote it on the second day of January, 2022. It sort of became the mission statement for love in the new year. No expectations, but a little hope for something special never hurt anyone. I hope everyone can have their own moment while listening.” Most of us have experienced heartache time and time before in this life, and songs like "Holyfield" inspire us to get back up and take another chance at love.

Jonny West creates music with an aim to inspire others to shine brightly with authenticity and individuality, despite what others say and think. From becoming a finalist on American Idol to releasing his second EP The Thing About This Is in 2021, West is beginning a fruitful journey in his musical career where in 2022 he intends to "create a world, inspired by a song titled, 'Motel California'; a sexy, euphoric world of passion, heartache, and angst." 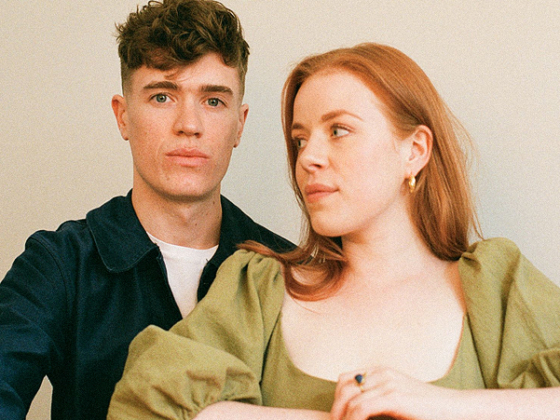