San Francisco's Larry June and Los Angeles' Jay Worthy have joined forces for a fresh new album called 2P'z In A Pod, produced by Sean House and featuring an all-start lineup of guests including Suga Free, CeeLo Green, and more. The two rap heavyweights have worked together previously on a number of occasions, beginning with the 2018 banger "On Sight", and share stylistic similarities, lending themselves to a natural chemistry that exists throughout this record.

"Vanilla Cream"'s airy, vaguely vaporwave-influenced instrumentation sets the tone for the project sonically, with lush keys and elegant bass melding together in a balmy concoction. As soft percussion plays out beneath June and Worthy's relaxed flows, this song immerses the listener in its hypnotic atmosphere, introducing the smoky, rich sound that dominates 2 P'z In A Pod. With heavier grooves and head-banging drums, the succeeding tracks "Big Funds", featuring Cee-Lo Green, and "Sock It 2 Me", bring in more dynamics with brisk rhythms and snarling rhymes. The electronic-infused sounds on these tracks keep the listener on their toes and showcase June, Worthy, and House's diverse sound palette.

"Maybe The Next Time", featuring Roc Marciano, pays charming homage to old-school West Coast hip-hop with retro-sounding synths and a driving bass-line. Infectious and lively, this track finds the three rappers delivering some of their smoothest verses on the record, as a glowing, memorable hook caps it off. "Leave It Up To Me" provides a summary mood highly suitable for cruising on an open road with the top down, as silky keys drift atop sturdy drums. This track provides a prime example of June and Worthy's chemistry vocally, as they trade off equally charismatic, sharp verses. The album closes with "Hotel Bel Air" and the Jim Jones-assisted "Late Nights- graceful, expansive tracks centered around grandiose strings, using this instrument to elevate the atmosphere of the record further into the clouds.

The latest from California mainstays Larry June and Jay Worthy, 2 P'z In A Pod finds them comfortable in their lane while expanding on the natural chemistry they have shown in previous collaborations. With cloudy production from Sean House that provides suitably laid-back, layered soundscapes for the two rappers, this record is stylish and smooth throughout. An apt soundtrack for warm evening drives along the coast, 2 P'z In A Pod arrives just in time for the coming of spring. 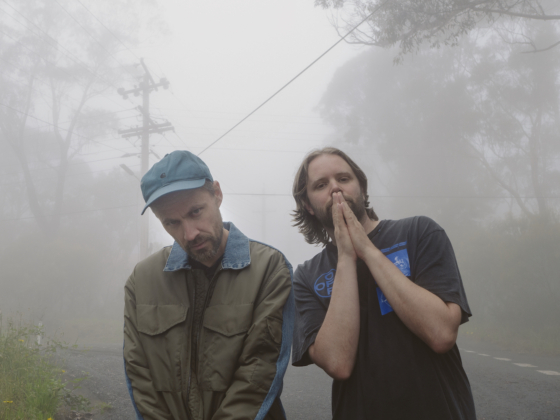 Hermitude releases penultimate single "When You Feel Like This" ft. The Jungle Giants ahead of forthcoming album