Toronto based Asian-American artist xiv just released his new single and video for "BLASTOFF", featuring rising heartthrob artist koven wei. xiv, who is known for his chill-hop meets alt R&B, has already garnered a fervent fanbase through his progressive, genre-defying sounds and relatable narratives that ring true for his generation.

In "BLASTOFF", xiv was inspired to create a track that pays tribute to his childhood memories of the legendary film Star Wars. The song also narrates the relationship between two lovers who are galaxies apart, and where the longing and connection that defines new love breaks down all limitations of time and space. Lyrics such as, "Galaxies between us, girl you know they need us," captures the true essence and passion of newfound romance, while the antagonist in the story is that xiv is trapped on a spaceship light years away. Featuring svelte-smooth R&B vocals over a kaleidoscope of cleverly orchestrated pop and R&B soundscapes by producer biosphere, the song is fresh and pleasing to the ear, showcasing the undeniable synergy between xiv, koven wei, and biosphere. In the video, xiv and koven wei are seen in a colorful, futuristic setting aboard a spaceship, where they are both seen fighting the enemy in a relentless pursuit to destroy attacking evil forces and bring back the girl. Reminiscent of Star Wars and even The Twilight Zone, the visuals feature a mix of action, romance and lighthearted comedy that make it an exciting watch from beginning to end.

"BLASTOFF" is from xiv and biosphere's new 10-track collaboration album Calamity. xiv's name is short for "excuses in vanity." The experimental artist aims to bring together the sounds, cultures and influences from both the east and west for a new wave of Asian artists. biosphere is an Asian-Canadian composer and producer who is also based in Toronto. He began his career in lo-fi and chillhop, and has recently embarked on alt r&B, soul and orchestral styles. Deeply inspired by classical music, he is trained in both the piano and saxophone.

Check out the new video for "BLASTOFF" featuring koven wei and get lost in this exciting intergalactic dream! 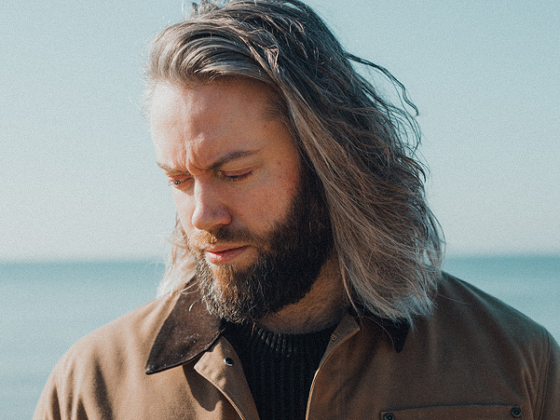