London's Georgia Lowe, known under her moniker GLOWE, shares her first single of the year with the Dan D'Lion produced "Emotional." A track for those who delve into frequent overthinkng, it's an upbeat pop single rooted in Glowe's bouncy pop stylings and emits a carefree, euphoric vibe.

Taken from her forthcoming EP, the single sees Glowe return to the bubbling UK pop scene with her disco-infused influences. Featuring buoyant synth patterns and lush harmonies, the track's playful melodies hook you in with their kittenish sounds, while the track's groovy chorus and alphabetical lyricism makes it unforgettable. Telling us that this release sees "a new and improved Glowe," the single's releasehails a return from an artist whose decision to take some time away from music has seen her come back refreshed and ready to take on the world.

While "Emotional" re-introduces us to the stunning vocalist, it declares a new level of evolution from Glowe since her debut EP Daughter back in 2020. With her pop realm ever-expanding, Glowe's glossy pop notions keep us on our toes, forever guessing what's next from this pop starlet. 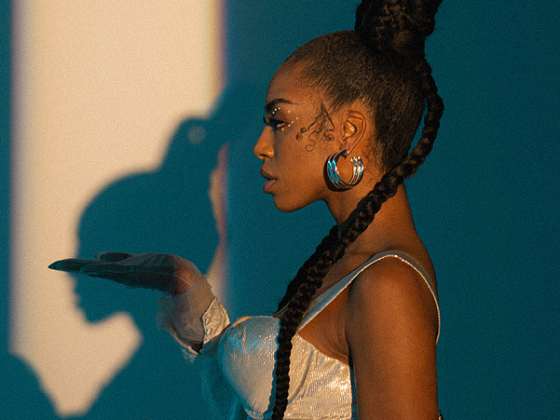