It’s been a long time coming for Spice. The Jamaican-bred “Queen of Dancehall” has been recognized for her 'Love and Hip-Hop' appearances, community work, and now, as a Grammy-nominated artist. Now that the time has come for her to enjoy the fruits of her labor, she sat down with us to revel in her success.

Spice started her career back in the early 2000s alongside artists like Vybz Kartel. Not the typical female artist, her delivery is very gritty, raunchy, and hardcore. Dropping singles that have spanned more than 20 years, she never dropped an album — until now. On August 6th, 2021, she released her debut studio album 10. Primarily produced by fellow artist Shaggy, the 15- track album snagged a Grammy nomination for the Best Reggae Album. Though she was snubbed for the award, she is the first “hardcore” female dancehall artist to be nominated in that category which is definitely something to be proud of. “It feels good. I tell people all the time that I’ve been working consistently. This is no overnight success. I’ve been in the business for over two decades and to be reaping from the seeds that I planted, feels amazing,” she shares about her latest success. 10 is pivotal for Spice, not just for the Grammy nod, but because it showcases her dedication to the music. “'10' is important because it’s been ten years since I signed a record deal for this album. A lot of my fans don’t realize that I’ve never done an album. This is my first official album. I’ve been putting out hit singles but nothing like this before. So, this is to remind the fans that this is no overnight success but rather, ten years in the making.”

There are a lot of elements that go into separating dancehall from other styles of reggae. Rooted in Kingston, Jamaica, dancehall can be recognized by riddims, off-beat drums, and patois. The lyrics are often packed with sexual undertones and aggression over up-tempo instrumentals. “When people think of reggae, they think of Bob Marley. For me, it’s a faster tempo beat, that’s what we call hardcore dancehall. Reggae is a smoother pace, it’s more cultural, it’s singing over soft beats. Dancehall is faster, more aggressive, street and that’s what I mean by hardcore dancehall, “she explains.

As a dancehall artist that is native to Jamaica, there are a lot of hoops to jump through to become an internationally known artist. Artists could be considered superstars in their homeland but struggle to reach the same status stateside. “Every Caribbean artist has a dream of becoming internationally known, but you need a real crossover song to do that.” Spice, then, took an unorthodox route to reach international status. “I joined the 'Love and Hip-Hop' family to put a face to my name and that was my strategy to get my name out there,” she reveals. She joined the cast of Love and Hip-Hop: Atlanta around 2017 as a recurring personality. The show gave fans a look into her life as a mother and artist. “Im grateful for that opportunity because a lot of people didn't think that I would make it this far because my music is too hardcore and explicit. They talked down on my music but to know that I stayed true to myself and had such great success, it’s a really great feeling.”

Love and Hip-Hop is a tricky show to be a part of. Fairly controversial and filled with drama, the reality show has garnered a lot of attention that isn’t always positive. Initially a strategy for Spice to get some well deserved attention, she has found a way to make the show work for her. “I personally feel that it’s opened a lot of doors for me. I remember when I did my awareness campaign for colorims, a lot of people were saying 'Spice from Love and Hip-Hop,' not the 'Queen of Dancehall,' because that’s where they know me from.”  Back in 2018, she posted a picture of herself with dramatically lighter skin. The post gained a lot of attention, assuming she has bleached her skin. She came out and confirmed that she faked her skin whitening to raise awareness about colorism in the Black community.  She continues, “so, I think the show opened up a lot of international doors for me but I don't want to be labeled as just a reality star. I’m known as the ‘Queen of Dancehall’ and that’s my heart, my first love, and that’s why on every episode, I’m talking about my music.”

Beyond the music, Spice has been venturing into other endeavors, her most notable being her involvement with the LGBTQ community. She has been vocal about her allyship and has even headlined for Pride events. Jamaica is known for its violent homophobia, but Spice is trying to bridge the gap between dancehall and sexual orientation. “I took a stand. I’m a love of people and it doesn’t matter about race or sexual preference. So I’m headlining the Gay Pride concert in Toronto next year and a lot of people are bashing me because I’m from Jamaica. You're the ‘Queen of Dancehall,’ you shouldn’t align yourself with the LGBTQ community,” she starts. “But at the end of the day, the LGBTQ community supports me and I love them. Just because I come from somewhere that is homophobic, doesn’t mean that I should label myself as something that I’m not.”  There’s a sort of hypocrisy in dancehall, especially with male artists. The music is sexually fueled, often violent towards homosexuality, but images of solely women engaging in sexual activities aren’t uncommon. “I think it's hypocritical because a lot of male artists will have two females in the music videos, kissing and doing all of the above. So I took my stand. I'm an entertainer, a true performer, and I will go anywhere to perform for my fans and my people.”

In addition to her upcoming performances and community work, Spice continues to push for female empowerment and unity. The artist now has her own beauty line, Faces & Laces, a fashion line, Graci Noire, and her non-profit organization, the Grace Hamilton Foundation. Despite the odds, she has reached the pinnacle of success. So, what do you do when you’ve reached all of your goals? “Every year, I set a goal and I always try to top what I did before but now, I’m thinking…how am I going to top a Grammy-nomination?,” she laughs. “At the end of the day, you never know what is going to happen.” 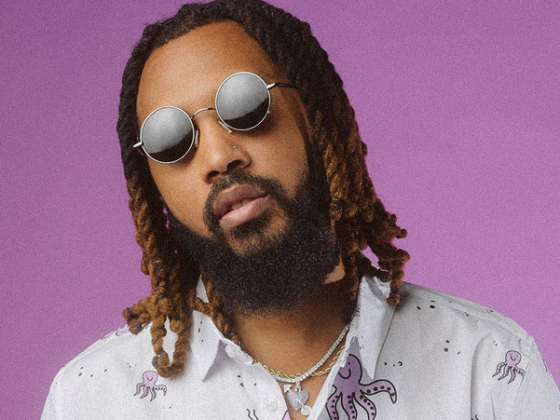