There are those undeniable talents who come along that are so original and distinct that their otherworldly sound could never be recreated. The Beach Boys are one of those rare gems, and more specifically, Brian Wilson. On Thursday December 9th, friends and fans had the pleasure of not only viewing the film Brian Wilson: Long Promised Road, but also be in the presence of a true living legend. Wilson definitely lives up to the hype. After the screening of the film's Director Brent Wilson (no relation to Brian), Jason Fine (Rolling Stone Journalist), Jim James, and Brian Wilson were all interviewed.  Jim James and Brian Wilson joined forces to create a song that was woven throughout the film, entitled “Right Where I Belong,” completing the puzzle as the final, perfectly fitting piece.

The masterful new film, Brian Wilson: Long Promised Road, opens with a quote from Jakob Dylan (Bob Dylan’s son and member of the '90s band Wallflowers) that really sets the tone. He states, “A certain amount of songwriting you can learn how to educate yourself and then there’s the fact that some people are just better than other people. Brian is just one of those people.” Jumping into the popular Beach Boys hit “Good Vibrations,” the viewer is immediately filled with a burst of positivity. Recorded in four different studios, the tune retains such orchestral complexity. Jim James says it best, “Good Vibrations…goddamn!”

Next you see Jason Fine and Brian drive to Beverly Glen Deli. Watching the pair sitting down for a meal, you instantly get the feeling these are two old friends just hanging out. Throughout the piece they continue to come to this Wilson favored spot, giving you a glimpse into the singer’s world. Jason Fine relays the tale of how he and Brian came to bond so deeply. The connection evolved from a business relationship to a personal one as well. Much of the interview takes place in a moving car, Fine driving and Brian in the passenger seat. This provides a unique interview style that isn't witnessed very often and showcases engaging cinematic angles.

As they drive to Paradise Cove, the Malibu beach where the famous Surfin' Safari album cover was shot, the singer playfully confesses, unlike his brother Dennis, he’s never surfed in his life. Despite the fact that most of the band members didn’t partake in the sport, as Bruce Springsteen brilliantly puts it, “They defined southern California for everyone around the world.” That statement illustrates just how much of a strong impact the group had and still has today.

Visiting Hawthorne, the location of his childhood home, brought back a lot of feelings for Brian. He made it clear, “I just want to look, I don’t want to get out.” Brian, Carl and Dennis’ immense love for singing began from a young age. The three brothers loved to sing in the backseat of the car. Their father quickly recognized the beauty in their stylized harmonies and the rest is history. Dennis Wilson shares, “We’d be singing together and my father would just fall down crying with joy.”

As the film goes on, Brian reminisces on what he calls a “Groovy Feeling” when he was married to his first wife Marilyn Rutherford. The two moved to a house on Laurel Way. From a piano in a sandbox to an Arabian tent in his den, it definitely was a time of freedom and fun.  That was where he wrote hits like “California Girls” and “Help Me Rhonda.” It is also where he conceived Pet Sounds and “Good Vibrations.” The singer even reveals it was the site of his first acid trip. “California Girls” was penned just two weeks after the intense experience with the drug. American Musician/producer Don Was compares what Brian did on that song to “Mozart with a string quartet”.

Still recording and performing to this day, he and his current band have seamlessly captured that same ethereal sound Beach Boys fans love. Elton John states, “Brian will always want to go out and perform and make records. Music runs through his veins.” Don Was says about "God Only Knows," “I’ve been making records for 40-some years and I don’t know how you do this.”

The film also dives into some darker topics, one of those being Brian’s relationship with his dad. Fine reveals that Brian’s father could be abusive at times and take things way too far. The band even had to let him go as their manager. There is also the tragic subject of the death of his brothers. Dennis’ cause of death was drowning and Carl’s death was due to lung cancer complications. One of the most emotional parts of the film was when Brian and Fine visit Carl’s home. Brian explains, “I’m just going to wait, it is too sentimental to go.” He cries in the car as he listen’s to Carl’s song “Long Promised Road.” Then there is the story of Dr. Eugene Landy. Brian’s second wife Melinda and family employed Landy to help Wilson recover from drugs and manage his mental health. Little did they realize Brian would be cut off from them for nine years, controlled and abused by the psychotherapist.

The film ends on a positive note. Musician Linda Perry speaks of his incredible need to keep going and keep beating out “God Only Knows.” Elton John talks of how Wilson’s music makes him smile and he has a love for him that will never die. All the love and respect he receives is powerful. That is a testament to not only his craft, but also his character.

Throughout the film we are given an intimate peek into the inner workings and turmoil that is Brian Wilson. At many of the spots visited such as his childhood home and brother Carl's house, Brian couldn't bring himself to even step out of the car. This shows just how deep Brian's emotional connection is to these places. This side of the artist is rarely seen and allows viewers to resonate with his pain and appreciate the joy that went into his music. 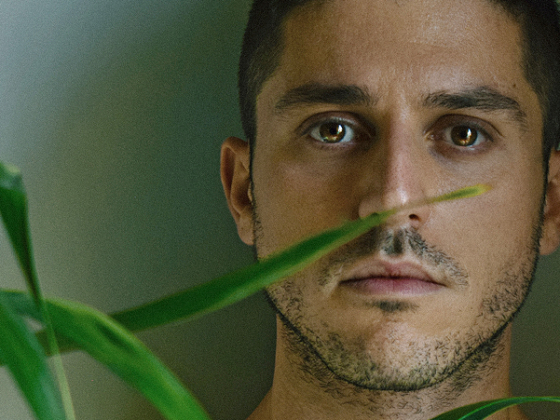