Flatbush Zombies and RZA makes the most perfect team-up on paper, but it had never before been taken seriously as a conceivability until now, when it happened. In his Gravediggaz project, RZA perfected the sound and style which went on to influence the Zombies heavily, from the gold fangs to the macabre horrorcore imagery, and their new song, “Plug Addicts” straddles the generational gap with sinister aplomb. Accompanied by a suitably menacing video, the track has the potential to usher in a new age for horrorcore, where it can exist without the shadow of Necro looming large.

The beat has the East Coast imprint Timberland-stamped all over it, from the stirring orchestral swell to the thumping drums which seem to resonate from desolate alleys. From the outset it is clear that this is collaboration will serve as an exploration of dark underbellies, the seedy, rotten core of the big apple and such like, in graphic detail. The sound and concept firmly set in place, the rappers are given the springboard to flourish, which they naturally comply with.

Though each rappers’ style is wildly different, they form a cohesive whole. Erick The Architect, the Flatbush Zombies producer, has a Golden Age feel to his style and tone, allowing the lineage of the Wild Style to live on. RZA has always been gruff and blunt, and his gruffness and bluntness has only matured with age. With an almost telepathic understanding of the task at hand, the Wu Tang legend dispenses with the formalities and makes straight for the bag of torture instruments.

“Wait up Arc, hold up, wait, never in a sober state

Hundred K, we hold the date, I understand we overtake

Zombie Juice coordinate, we got more dough to make

The irrepressible vocal spasms of Meechy Darko follow quickly on the heels of the master and, as always, dominate the highlight reel. His tics, yelps and creatively violent imagery, provide a pleasantly ghoulish experience for the listener, guiding them through a land where a moral compass will only get you killed.

Piss on your grave, suck your mudda, I give two shits

Might rob your favourite rapper, mama need rims for her new whip”

By this point, the theme has already firmly established itself as murder in the first degree. For the removal of any doubt, the video doubles down to provide incontrovertible evidence. Providing low-res New York imagery and a passable Reservoir Dogs send-up in which RZA gleefully tortures a some kind of chair-bound tycoon while dressed in the iconic Michael Madsen suit. As the blood flies across the screen poetically to visible indifference from the participants, you start to remember a New York that never existed, the one from the Warriors, before they made it safe to walk around after 3pm. Fittingly, the next single to be released by these grim collaborators will be called “Quentin Tarantino”, on the nose as usual. We can expect more inventive ways to die with gritty backdrops, an endlessly appealing proposition to caffeine-addled horror junkies and red-eyed hip-hop fanatics alike. 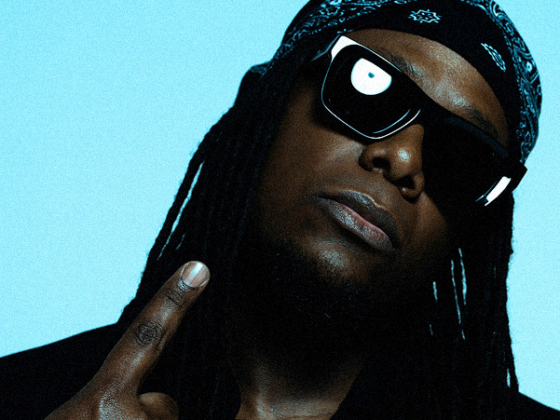 Daemon sets the clock back on "Turn the World Around" [Video]

Taigenz is all about his work ethic in "Dream About" [Video]