Tommy Newport has done it again.  The phrase "he doesn't miss" doesn't even begin to describe the unwavering quality delivered by Newport with every subsequent release he authors. "Vanilla & Light" is yet another brilliant offering for the Wichita crooner, a ballad for those struggling with depression and negative thoughts.

Flexing his remarkable vocal range and penchant to break out a staggering falsetto, "Vanilla & Light" is a good showcase of Newport's musical stylings for any possible stragglers that haven't caught wind of the funky alternative wunderkind.  Fresh off his acclaimed EP, Ultra Mango, earlier this year and his recent Earthgang collaboration, "Stargazer," his newest track is a more slow-paced and introspective offering that feels freshly emotional and raw.  Newport explains of the narrative behind the track, “I think a lot of people, including myself, spend a lot of time in their own heads questioning and doubting themselves and I believe the lyrics in this song portray one's mental observations who may be struggling with their identity and ego, and are reaching out for a light to shine on them to prove themselves in a way.”  "Vanilla & Light" is a soulful and dangerously catchy tune that puts together everything that Tommy Newport does so well.

Newport's attention to detail is what makes every facet of his music so engaging.  Visuals, production, songwriting and vocals are are always top-tier and sound painstakingly perfect in every offering.  There's not much else to say that hasn't already been said about the multi-talented singer and songwriter but it's best to be fluent in his stylings for whatever he has coming next. 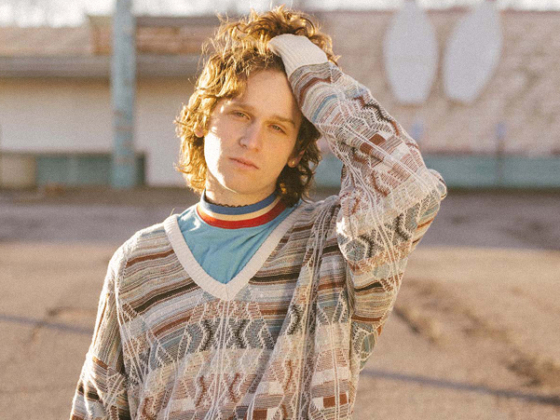