The intersection of early 00s pop-punk nostalgia and contemporary hip-hop is really having a moment, and one of the most interesting new voices in the hip-hop space that's taking that in his stride is San Fernando valley relative newcomer Bachyard Ghost, with the ruminating and hooky, "BAD DREAMZ." Whilst his sound isn't defined solely by this recent crossover, the sombre edge of both his lyricism and aesthetic easily accommodates the slick usage of those elements, pushing his technicolour melodies into different pockets of your mind.

The plucked guitars of the intro, which sustain to become the backbone of the instrumentation are soon backed up by a counter melody that adds a sense of thought-provoking wonder; the foolproof foundation for the rose-tinted lyricism that ponders on both the titles concept and days gone. "I think a lot of people can relate to having trouble sleeping or being kept up by their thoughts," he outlines in an email statement. "I wanted this song to be hopeful or at least comforting which is why it sounds so bright."

Despite the melancholic lyricism, that sense of hope and brightness he alludes to is heartily delivered by the wholly melodious edge of his voice. His silky, autotuned croons glide across the trap-laced production, dropping one earworm melody after another, even going as far as leaping up for a soaring falsetto with disparate ease.

With a handle on how to write such addictive hooks that are interspersed by the contemplative verses, expect Bachyard Ghost's immediate upward trajectory to continue on a dizzying incline, 2021 and beyond. 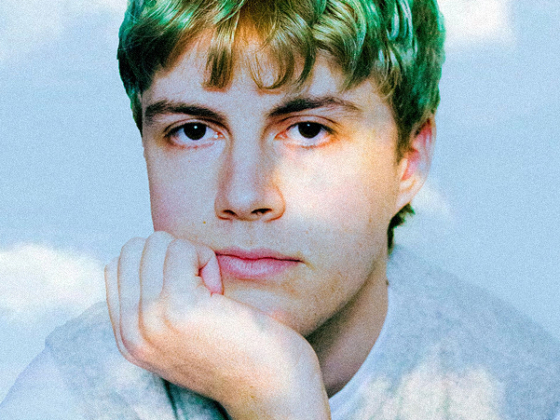 Dante Bowe, Trevor Jackson and LAEL remind us to keep the faith on “okay.” [Video Premiere]