Global popstar Amber Liu explores new sides of herself while working out answers to her past on latest album y? which brings Mandarin and English music in a swirling amalgamation of diverse genres, intimate lyricism and exciting collaborations.

California native Liu whose career began in South Korea as part of record-breaking  K-pop girl group f(x) has spent recent years making an impactful crossover from Asia onto newer audiences with her solo career. Her latest album being a strong indication that’s well and truly realised her musical potential.

Impressively bringing together global artists such as Blow Fever, Peniel of BtoB, MaSiWei of Higher Brothers, and Junoflo for a dynamic and versatile showcase of artistry, the multi-lingual album is an international project in more ways than one.

The album which moves from the slow and melancholic tinges of “complicated” into the catchy synth-pop stylings of “make it better,” and the moody “blue,” is a seamless production that simultaneously boasts a frantic energy speaking volumes of the message behind the album which sees Liu seek answers as she stands at a crossroads in her life.

Written over the span of a year, Liu's musicality on this album ushers listeners from the playful, feel-good soundscape of "neon," into the pop-infused love ballad "vegas," both equally hinged on the singer's efforts to feel better about herself during tough times. With introspective song-writing that tackles self-worth and learning to love yourself, the album is an amalgamation of danceable soundscapes sprinkled with melodic singing and vulnerable lyricism steeped in relatability.

Speaking exclusively to EARMILK, Liu says, “In the process of making this album, I learned a lot about my insecurities and unhealthy habits. For the majority of my life, I’ve never really had a choice in a lot of what I had to do.Since I’ve recently had more opportunities to make my own decisions, I spent a lot of time on my own, taking the time to learn what loving myself really meant."

With a unique perspective in life and in music, Amber Liu is an undeniable icon in the music industry and her triumphant return with y? marks another upward tick in her consistently inspiring career. 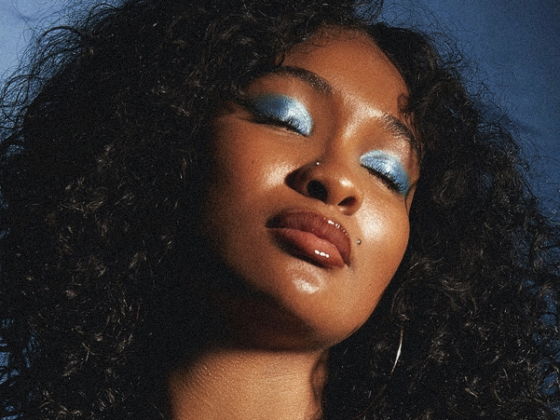 Eimaral Sol and Dende reflect on the "Season"