Mndsgn has decided it's about time to treat yourself to an expensive drink with his in his newest single and video, "Slowdance." Born Ringgo Ancheta in New Jersey, he brought his gospel and B-Boy upbringing with him to Los Angeles where his friendship and collaboration with Knwledge in their Klipmode outfit helped to catch the attention of Stones Throw Records, who released his debut solo project, Yawn Zen in 2014. A near-decade and three LP's later, Mndsgn looks to his next album, Rare Pleasures, out June 4th, inspired by "soundtrack music, samba, exotica and '70s/'80s library records." "Slowdance" is the second offering from the project, following the timeless, jovial "Hope You're Doin' Better," which debuted last month.

The track is polished with a dreamlike lack of periphery: it hones in a specific moment and the music does a great job in keeping you there. Immediately, "Slowdance" comes with the level of production value and instrumentals that you expect from Mndsgn: the drums are fantastic and the mix really gives you a chance to pick out and focus in on the active bass runs, silky guitars, and supporting angelic backing tones. The track is made with a minimalism style in mind that is held together by the quality of its isolated pieces such as a saxophone run found towards its close. Mndsgn described the inspiration for the track as being, "To me, the ability to deal with time and changes are tied to my ability to dance. The tempos speed up and slow down. Chords progress, weaving through tensions and resolves. The rhythms alternate from something familiar to something strange. Sometimes we adjust accordingly, sometimes we struggle to find the groove, finding ourselves a few beats ahead or behind. However we choose to dance is entirely up to our own expression. The point is to keep dancing whether fast or slow."

The video was conceptualized by Mndsgn and helped to be realized by the directive work of Eric Coleman. The visual finds our protagonist carrying a collection of flowers downhill towards the sea, his image filtered through a nostalgic perspective and adorned by Isaac Hayes sunglasses.  The golden curtain he finds at the beach takes him to a dance floor of sorts where the invitational flower circles he crafts is accepted by a pair of dancers caught in the music. 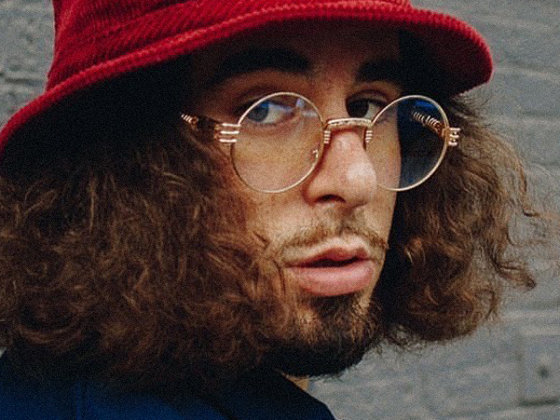 Amber Ais can't escape thoughts of her ex in "Pen"