"When you're young, somebody can make you think you want something that you don't," Georgia Nott warned, concluding a brief reflection on some of the more tumultuous moments she and her brother Caleb Nott experienced over the past three years. The two New Zealand-born siblings are the artistic minds and faces of Broods, an indie-pop duo formed in 2013. As Georgia, 24, and Caleb, 26, sat across from me in the lobby of their hotel, they spoke of these moments in a manner that suggested that the worries and concerns that plagued those years are long gone. They were relaxed and eager to tell their story, the story that would come to be the driving force behind their third studio album, Don't Feed The Pop Monster, which arrives today (Feb. 1).

Before we can get to the conception of Don't Feed The Pop Monster, we must first take a look at the two projects that preceded it. Evergreen arrived in 2014, and included two of their most career-defining songs: "Bridges" and "Mother & Father." "There was only one song that we wrote that didn't go on [Evergreen]," Caleb said, mentioning that the album was an accumulation of five to six years of material that they were finally able to release. A large portion of these songs, as Georgia said, were created on the whim of teenage angst. They had landed a record deal with Capitol Records, through which Evergreen was released, and thought they were on track for releasing the art they believe they were born to create.

Their second album, Conscious (2016), "was a weird album to create and deliver, because it was compromised a lot by other people," said Caleb. He acknowledges that, at the time, the duo didn't realize the extent to which their creative vision was being meddled with by those at Capitol who had a hand in the project from the business end. "We were an indie band that was trying to make pop music for a while," Georgia added, echoing her reminder that young people can be easily steered in the wrong direction. After a while, the duo began to lose sight of their core ambitions and identity, Georgia continuing, "You feel like you're meeting so many people halfway that it's just hard to be an authentic version of yourself."

Following Conscious' release, Broods was dropped from Capitol Records. They were relieved initially, and then slightly terrified. On one hand, they were free from their restraints, but on the other, they weren't quite sure what they wanted to do with their newfound freedom. Before moving forward, they had to rediscover who they were as both artists and individuals. The duo briefly explored solo projects while in Los Angeles. Georgia developed The Venus Project, an album crafted entirely by women, from the writing process to the mixing and mastering of the record. Caleb released one single as Fizzy Milk alongside Jarryd James, the one person he jokingly but honestly says would agree to work with him. While Georgia's troubles were more technical in nature, hitting a wall at times when trying to find women to fill certain roles, Caleb's were more internal.

"Am I delusional? Am I like one of those Idol contestants that just gets up and thinks they're so amazing at singing? Am I just thinking I'm really good at making beats and I'm not actually at all?" Caleb questioned to himself. He soon realized that the hardest part of this was having his own confidence in his work challenged when he noticed that that confidence wasn't being reciprocated by other people. In an effort to counteract the crippling self-doubt and insecurity he was experiencing, Caleb "shut myself off to the world and just said, 'If I don't make anything, then no one can tell me it's bad.'"

Self-doubt, Georgia says, is an essential part of showing your creations to other people, emphasizing that the importance lies not within the doubt, but rather in whether or not your ambition allows you to push through it. The key, the duo realized, was to stop trying to control or suppress their feelings while cycling through thinking they've got it all figured out and quickly realizing that they don't at all. This ideology is what led to the creation of "Peach," the first release from Don't Feed The Pop Monster. The single thematically sets the basis for the entire project, which Georgia describes as "being all over the show emotionally and having to sit back in your mind, and just breathe through all of the things that you have to go through."

"You never let those things happen to you in vein," Georgia says. The struggles they faced in their time as independent artists before being picked up by Neon Gold/Atlantic Records, eventually came to be the story of Don't Feed the Pop Monster. On "Too Proud," the duo sings, "The pressure gets worse the further I fall / The dimmer the light, the lower I go / and I'm getting cold." And "To Belong" begins, "I know you want nothing more than just to belong." The moments of upbeat pop bliss on the album, like "Everytime You Go" and "Why Do You Believe Me," or even the grunge-like moments, like "Old Dog," may lead to a momentary distraction from the depth of the subject matter. "If I write out the lyrics and just give them to you, you're gonna be like this is the most depressing album ever…this is a very sad little book" Georgia jokes, with Caleb continuing, "This is just a sad handwritten novel."

"Songwriting has gone a little bit more towards formulas rather than crafting, and we just wanted to make sure that this album was crafted, thought about, changed if it needed to be changed," Caleb clarified. Part of what aided in this process was the open environment in which the album was created. "You can make art that is so much more honest and so much more authentic when you're working with people you trust and when you're working with people who you feel understand you and don't judge you," said Georgia. Despite the intimidating nature created by what Caleb calls their "telepathic" relationship as siblings, the duo have managed to find a number of lifelong confidants to aid in their creative process including producers/songwriters Joel Little, who worked with the duo on their previous albums, and Tommy English, who Caleb says he couldn't have created "Too Proud" without. "I think it bonds you for life, making art together," Georgia considered.

"This whole album is pretty fearlessly personal. When we were writing the last record, I don't think we did as much reflection on who we were and what we were going through as we've done in the last three years. This whole album exists on a much deeper level than the others, because we do." Georgia and Caleb's hope is that the wisdom and understanding they gathered in the process of creating Don't Feed The Pop Monster will inspire others to not feed into inauthenticity and instead to remain genuine, both in the music industry and in their own lives. "We all have the same fundamental fears, needs, and anxieties. When you bring out that part of yourself … you make connections that are irreversible," Georgia says. She later emphasizes that those who connect with the themes and lessons on this album, and develop these irreversible connections, will be connecting to Broods directly. "It's just us and them."

Information about Broods' upcoming spring 2019 tour can be found here. 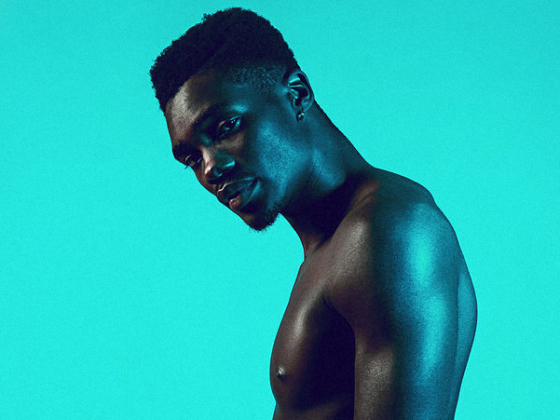 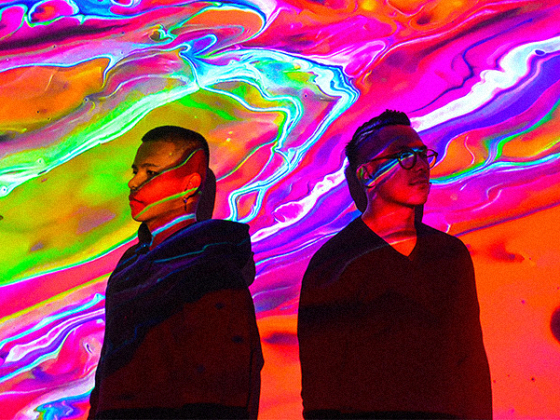