There are some of us dedicated to rummaging the inner regions of the web in search of that good alternative urban music and serving it directly to music lovers. This initiative is what we call "The Slice" at EARMILK. Every fortnight we share with you ten new ear-grabbing songs from genres ranging across hip-hop, grime, soul, afrobeat/pop and dancehall. So let us do the digging for you while you sit back and relax to some brilliantly crafted music from around the globe.

Seed X Nottz – "The Devil's in The White House"

We kick off this week's edition of The Slice with a thought-provoking cut from Seed (aka The Bad Seed) and producer Nottz. The duo actually started their careers back in the late 90s when the young Nottz produced several joints for Seed (then known as The Bad Seed). The fiery new single, “The Devil’s In The White House,” doesn't hold back punches as it's aimed at the current POTUS. Seed takes time to give the man in charge his unfiltered thoughts over the hard-hitting soundscape provided by Nottz.

The single is a welcome (re)introduction to Seed and also the first official single from their forthcoming collaborative album, No Way In Hell. The ten track LP boasts guests appearances from Rock (Heltah Skeltah), Sauce Money, Napsndreds, Tiye Phoenix and DJ Total Eclipse (X-Ecutioners), and is set to drop on Friday, Sept 28 via Crisis Center Collective.

UK emcee Otis Mensah teamed up with producer isaacxhopes for his new track titled "FLOAT". The left-field sounding record is a pure display of Mensah's dense lyricism and energetic vocal performance. He switches flows and makes use of extensive wordplay, alliterations, and multis to get his point across. He doesn't stop there as he also sparks a conversation in the listener's head when he talks about the tired stereotype of a rap's image and the materialism in society. There is so much to unpack on this 3-minute journey but it's best you hit the play button and watch it from start to finish. The video was produced by GRIT Multimedia.  Get the song on  Spotify .

Producer 20Syl comes through with a sparkling remix of Electro Deluxe's "Keep My Baby Dancing". The jazz group's song gets a whole new life with 20syl as he ups the ante with a vibrant groove and an undeniably funky bassline. The song also gets a solid animated clip by artist Valere Amirault.  "Keep My Baby Dancing" is off their remix EP Square and featured some famous French producers such as 20syl and more.

Young Bronx emcee who goes by the moniker Young K shows us she is as versatile as they come while delivering her own version of the classic Das EFX record, "They Want EFX". She employs the same instrumental and borrows the diggity flows but with a personal tweak that showcases her fiery swag. She also manages to touch on the controversial subject involving the state of hip-hop, especially the mumble rap aspect clearly stating that it's definitely not her cup of tea.

"What They Want" is off her forthcoming mixtape 'Killing the Klassics'. A tribute project paying homage to artists who did it before her. Currently, she will be opening for Seed & Nottz during their album release party on October 3rd.


Upcoming singer-songwriter and producer Luna's newest release "Forest Song" is an atmospheric heartfelt song that dwells on coming to terms with the past and moving on. Despite the gloomy stripped down soundscape, her aim is to focus more on the bright side of things and less on bitterness or regret. "Forest Song" is taken from her forthcoming debut ‘Nostalgia’ EP which has just been released. Luna is currently rehearsing for her live show and will be appearing live towards the end of 2018.

British-Nigerian singer Nissi drops "Undercover" a dancehall infused R&B record that captures the essence of having fun despite the potential consequences. As she said, the song is just a vibe from the vibrant instrumental to her sultry lyrics that dare to venture into the forbidden zone of doing something that isn't necessarily right. The song was crafted by UK Afropop producer TwoBadGuyz, who has previously worked with some of Africa’s biggest stars including Olamide, Seyi Shay and Iyanya, among others.


Copenhagen, Denmark based JVC (John Vincent)  & Sam just dropped "Had It" which is Sam's debut single and JVC's 7th release this year. The single is a mellow love-laden joint that is based off a true story from a close friend of Sam's. JVC is a B-Boy turned DJ & Producer from the collective Dose Sampu. The video is animated by @NiallyCat from London. Get the audio on iTunes and Spotify.

SIROJ is a multi-talented act who sings, produces and DJs. His newest record "for the night" is a 90s styled R&B track that taps into the spirit of classic Ginuwine during his Timbaland years. The vintage groove and mellow soundscape take me back to that era but SIROJ obviously tweaks it with his own unique vocal style that both alluring and melodious. He has also produced for acts such as Yellow Claw, DJ Mustard, Ty Dolla $ign, Lido and Tyga

Muddled Waters from Queens, New York gives us a short glimpse into his life on "quote". Clocking less than two minutes, he goes into his feelings and talks about things bothering him and finding a way to get it sorted even if it means isolating friends and loved ones. The song was produced by Mister Vincent and it's off his mix-tape titled 'Forever Indebted To Your Kindness'.

Trash Colony is a young group of emcees and producers from Louisville, Kentucky consisting of four members: Winston Griim, Carter, Nimrod, and Vincent Verrgo. Their new song "Meatball Sub" has a vintage, gritty feel and takes it back to pure lyricism and none of the gimmicks. The song was produced by Kannibal and is the first single off of their upcoming EP in November.

WendiRose aims to motivate her fans with her music which she achieves on her new single "Light Shining". The positive vibe driven rapper is of the notion that us humans carry a light within and we can either dim it or make it shine bright but it's all a matter of choice. Armed with a laid-back but confident flow she drops gems for all to pick up and think deeply about.

Mike Xavier hits back at the naysayers with his confrontation single titled "When I'm Down". He brings down the proverbial hammer on the opposition with his smooth flow and sharp rhymes as he breaks down the hate around him.

Feral the Earthworm  – "All I Have"

Young Texas-based rapper Feral the Earthworm bares his emotions on his new single "All I Have" over a nostalgia-inducing backdrop. He totally draws the listener in with his heartfelt tales of growing up in a broken home and how that affected him in many ways. It's not all gloom and doom though as there are brighter days ahead.

Fun fact: Feral the Earthworm leaves out of a customized van equipped with a solar-powered studio, kitchen, bed, and desk.

We got a solid one from the trio of Charley Brown, Trip Rexx, and DZE LIKE RZE, known together as KROWNSOUND. Over the Charley Brown produced beat, the emcees come through with unique melodic laced verses detailing their ups and downs in the streets and industry.

AlunaGeorge helps wrap up this week's edition with the video for their previously released collaboration single "Superior Emotion" with singer Cautious Clay. The Courtney Brookes directed video has the tongue-in-cheek vibe as it features “love-struck” frontwoman and chief lyricist Aluna Francis alongside the “aloof” Brooklyn Cold War soul-singer Cautious Clay. It shows a solid mix of satire and unrequited love can actually work to give off a gripping effect.

If you dug what you heard, you can revisit our previous episodes of 'The Slice' here. 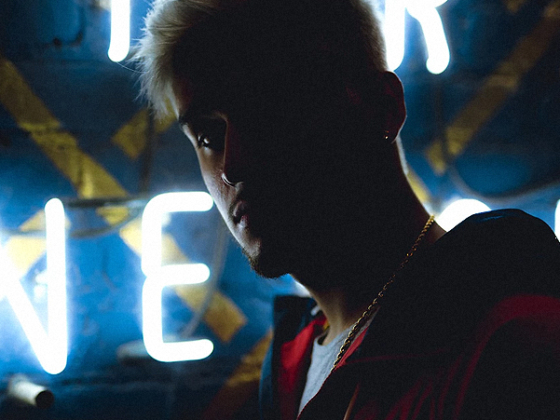 Adrian Stresow is getting money "On The Side" 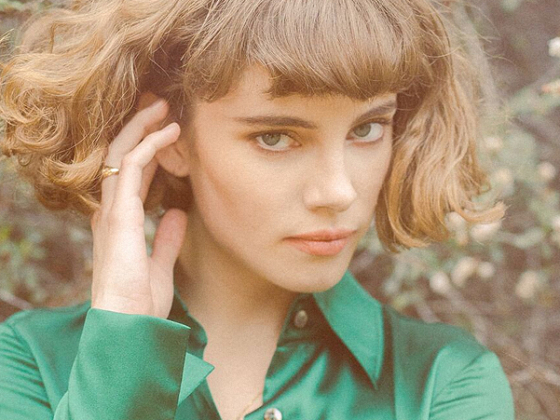 CYN premieres soul-touching video for "I'll Still Have Me"