Delivery Boys! are starting 2018 off right with singles "Pack Like a Mailman" & "Problems" [Q&A]

2 years ago by Rasheed Tulay

The next up-and-coming clique to arise out of NYC's underbelly is a hip-hop collective named the Delivery Boys! Based out of Brooklyn, the six-member crew has been releasing a barrage of off the wall, eclectic hip-hop tracks since 2016 that pull influence from just about every region and have garnered attention from many a major publication (XXL, Pigeons & Planes, Revolt & more). As the gang plans for a takeover in 2018, EARMILK has been granted the opportunity to interview the group about their origins, thoughts on the NYC scene, and release plans for 2018! 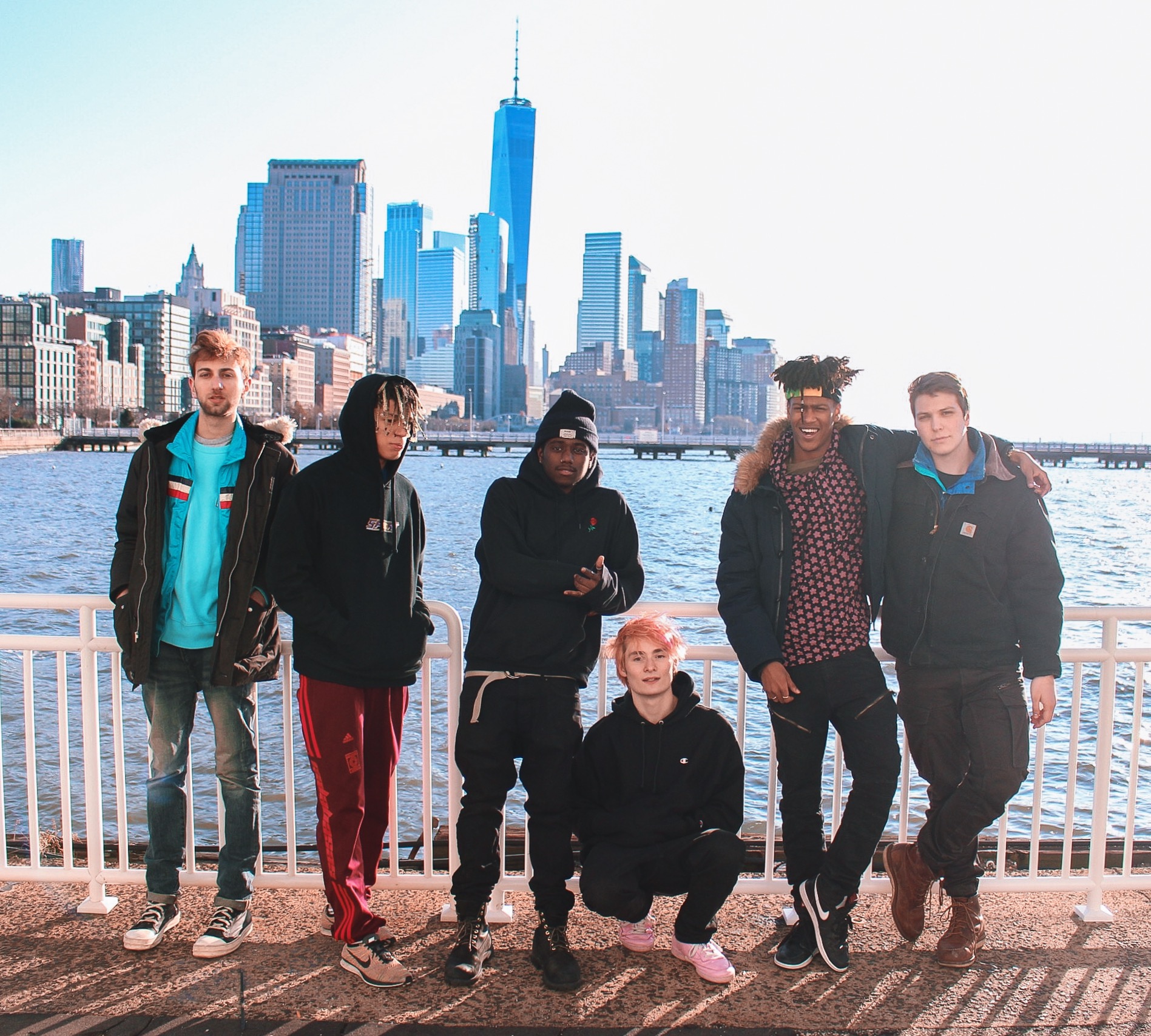 EARMILK: Where does the name Delivery Boys originate from?

NOTRUST: Well, all five of us have been delivery boys at one point or another.  Goldwood and Max formed the group together while Gold was delivering for a deli in brooklyn and Max was doing Postmates.  We wanted to pick a name that was true to us and captured our energy that’s very new york, young, and making moves.

EM: Who is officially in the group?

TYRIN - The main artists are Tyrin, Max Gertler, Lost Boy, Goldwood NOTRUST and YGB (our newest member) but there are a lot of other people on the delivery boys team that contribute to what we do.  We got Noah Tager (owner of the clothing brand “Leftovers”) who’s our official graphic designer, we got Dashel (aka fresh1) popping up all over our discography and Stinky Jones, who’s more or less a character in the Delivery movement.

EM: Who are you guys primarily influenced by?

NOTRUST: We’re a group of six and we’re all individuals with different influences that cover the entire spectrum of hip hop and music in general.  As a producer, I’m always inspired when I listen to Flying lotus, Madlib, Death Grips, Steve Lacy, Kanye… idk a million people.  But as a whole, we bump the classics, we keep our ears to the ground, we listen to rap and we listen to everything else.  None of us bump country but Lost Boy lowkey just dropped a country song ("Like a Bandit").

EM: Who are your current favorite artists?

EM: How do you guys feel about the current NYC scene?

Lost Boy: New York is popping. We meet a lot of great people. Also a lot of fakes out there that don’t really be putting on. New York also wild touchy. Brooklyn is a little bit more connected right now. We know a lot of up and coming artists and we all fuck with each other.

EM: What is your guys song creation process like?

GOLDWOOD: Really, its different every time. Sometimes somebody will pull up with a verse in mind or a beat ready to go, and sometimes we’ll sit there and start from scratch. The best songs always come organically, like when we’re just chilling and the feeling comes. It’s hard to force yourself to be musical, when you do that the audience can always tell. Thats why we like to just let things happen naturally.

EM: If you guys could collaborate anyone, who would it be?

GOLDWOOD: Honestly there are too many people we want to work with. And individually we all wanna work with different people. So we’ll just go with LIL B THE BASEDGOD

EM: Do you guys feel like regionalism in hip-hop matters anymore?

Max Gertler: I think it matters from a lyrical standpoint, cause you always gotta be authentic with your lingo and all that. From a musical standpoint, we grew up on artists from all over the world so it would be hard to limit our sound to New York cause that wouldn’t be authentic to us either.

Max Gertler: We got a lot coming up. I have a solo album I just dropped in December called Grandpa Max, then Tyrin and NOTRUST got a project called NOTIES coming out soon. Lost Boy is working on an EP with our homie YGB and Goldwood is working on a solo tape. Other than that, we’re gonna have a Delivery tape out in due time.