The lords of Portland a.k.a Portugal. The Man (and arguably the most badass quintet around) released their long-awaited Woodstock album on June 16th. To celebrate, the band have teamed up with Life After Death; a new social space, which self-describes as "an amorphous space, which celebrates diversity and inclusivity as a place for people to enjoy music – to deliver an official 3-day Woodstock online album festival of music. The playlist, which has curation inspired by the line-up of the original Woodstock festival, is a celebration of the music that had inspired Portugal. The Man during their writing process for the Woodstock album. Check it out below:

Woodstock is a whirlwind of different sound and really travels across the music spectrum. This pseudo-festival playlist provides some brilliant insight into the sounds and inspiration that Portugal. The Man was tapping into throughout their whole process. EARMILK caught up with Zach Carothers, the bassist of Portugal. The Man to talk more about the Woodstock concept and what made them explore such a wide variety of sounds.

The band, who had been extremely prolific in releasing an album a year at one point deliberately took their time with Woodstock.  Zach explained that they had written two or three other albums, and just decided to scrap them. But, with shit starting to hit the fan with American politics and the social climate in the world, the band decided that they needed to put out a form of their own art as an expression of what's happening in the world. Zach elaborated further:

"We do our best to help. We were thinking about all the things going on right now, and all the social unrest. We see similarities going back to the late 60s with the civil rights movement in America, but in general with Nixon his whole platform was based around fear, strength, and protection and this wall mentality and that’s very similar to what’s going on right now. Seeing all these artists coming together, it reminded us of “Woodstock,” as a metaphor for mass consciousness and a collective awakening. We feel that’s what really needs to happen again. We got very inspired by that, especially after a talk with Jon’s dad in Alaska."

"A lot of the album is basically us trying to speak to our teenage selves back in Alaska; the idea is sort of telling ourselves “slow down, good job for getting into this shit, but it’s ok to see the world too.” In that we’re also trying to speak to a lot of our fan base as well, who are good teenagers of the country, and the world, which maybe don’t always understand the importance of social media yet. The responsibility that everyone has; it kind of turns everyone into talking heads; your voice can get really loud. You can use social media to gain a huge rise in power. That’s how our president pretty much got elected over twitter. It’s ridiculous."

A lot of this album was written in the frame of their youth. To get in that vibe, Zach dusted off the old playlists of his youth and return to the age from which he really began to self-explore music for the first time. In doing so he stumbled upon some of the bands that unknowingly caused high-key musical influence for Woodstock.

"I’ve been listening to music, like when I first really fell in love with music. There was one summer where I found “Nirvana, Beastie Boys, Rage Against The Machine, Wutang Clan came just a little bit after that.” All this shit at once; it was like the wizard of Oz, when she steps out from black and white, into a world of colour. I loved music before, but a lot of that was from my parents and that “Woodstock” era, like “Jefferson Airplane, The Beatles, Pink Floyd etc,” I love it, but it wasn’t mine." – Zach

The band has always actively been concerned with social change through music. Zach described what he believes as the best project that they’ve ever done as their extremely limited vinyl Sumatran tiger vinyl release. Growing up in Alaska, environmental issues have always been on their minds. With a very unique and close perspective on the environment, Zach explains how he feels a responsibility to highlight these problems. The sumatran release ties in similarly with the theme of Woodstock in this respect. It's encouragement in engaging with those kinds of things that everyone appreciates is a problem, but people don’t really seem to do anything about.

"That was the coolest thing in general. I wish that we could take full credit for that. We made 400 7” vinyls to represent the 400 remaining Sumatran tigers in the world. Just this idea that over time it will degrade, and you’ll only get so many plays out of it, until it will be gone forever. It was such a simple, amazing, and brilliant metaphor."

"We don’t want the world to think we’re just showing off. We’re not just do-gooders we’re a rock ‘n’ roll band. I do a lot of terrible shit. We’re all about balance too." – Zach

This album also served as a sonic portrayal of the early direction that the group had sent out to be and what unexpected sounds from unrelated genres crept into their music. Zach explains further:

"Originally when we Portugal. The Man started it off, we wanted to be The Beatles meets the Wutang Clan, which was the idea of this band we started. I don’t know if we’ve actually got there yet, but that was the pinnacle, or the gold star/ guiding light of where we were heading. Music it ebbs and flows and we listen to a lot of different stuff, but the Beastie Boys and Nirvana that’s what made me pick up a guitar in the first place.

Hiphop is a big influence for us I think it’s the most forward thinking music now. Like when I first heard Yeezus I was like “holy shit this is fucking mental. this is pushing so many barriers, and really driving the industry forward." Kanye, Kendrick, and Drake those kinds of people in hiphop really push things forward, which I respect. It’s very experimental, but still very accessible."

The Woodstock concept album yet again sees Portugal. The Man walk the difficult line between pop + experimental. With a lot of “genre” pushing and generally undefinable songs showing the group's unique ability to integrate and proficiently absorb into their sound. Zach described, more in depth about how the band try to make art in music more accessible:

"We try to make art that  can be played on the radio, and commercials. Some experimental music is just “noise.” We used this analogy like Golden Gate bridge/London Bridge, it has to be functional, to work and serve a purpose, but why can’t it be beautiful, full of art and integrity. That’s what we strive for. Just “pop” or bubblegum that’s very catchy, and just hooks, that “pop” sucks because it doesn’t say anything. Then there’s really artsy shit that’s very impressive and very deep, but maybe is too long or it doesn’t catch you. We try and make something that kids can straight up dance to on the radio, but if you want to get high and listen to it you can take it to a whole other level." 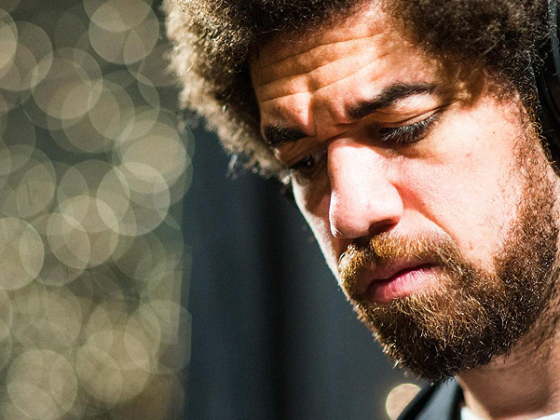 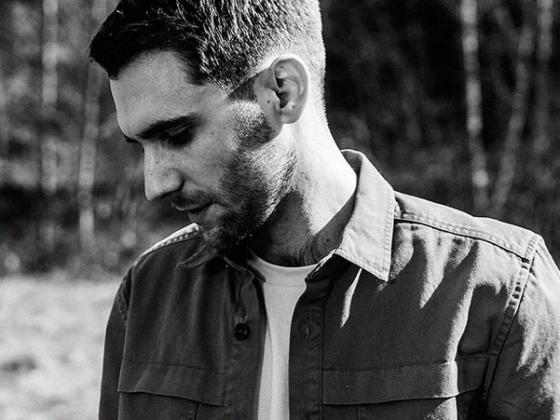