Australia's Nina Las Vegas is back with her first single of 2017. "Deserts," released on her imprint label NLV Records, is a track that maintains her playful and hyperactive club sound but pushes the boundaries of what is considered club music. The song, far from your average dance track, is inspired by the challenges immigrants face; particularly her family's courage to immigrate from Egypt to Australia in the ‘60s. The track is uniquely reflective of Nina as an artist, having produced, sang, and designed the cover art for the track herself. Her pairing of soft yet vivacious vocals with a bouncing club beat makes "Deserts" a worthwhile listen. 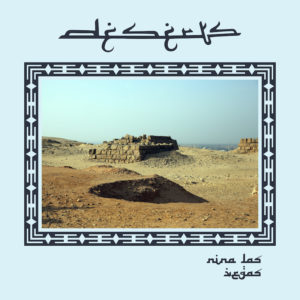