In 2012, Cyril Hahn became the face and the leader of a new pack of electronic music artists. Departing from the massively expanding EDM, Hahn and others represented a new wave of producers who saw more meaning in electronic music than bangin', big room beats, bringing mood, emotion and melancholy into his music that despite its differences, was still inspired by house music.  His breakout track, a groovy chopped and screwed remix of Destiny's Child's "Say My Name," opened the door for artists like Kidnap Kid, Mura Masa and others to make their music and make it successful.

Since that release in 2012, the Swiss artist has been working on original sporadic material: his Perfect Form EP in 2013, Voices in 2014 and Begin in 2015. We've also seen remixes here and there, like his work on one of Carly Rae Jepsen's pop tracks and Sia's "Cheap Thrills." In time, he's been able to maintain a robust and loyal engaged fanbase, but throughout these releases, we've had a feeling that Cyril Hahn is up to something else behind the scenes. Today we have an exclusive peak into just what that is: Cyril Hahn has been working on a new musical style, one that he's debuting in new music and a new tour that will hit North America this spring. Debuting both of the latter endeavors with a mixtape, he's showcased the new vibe as groovier, ghetto and a little down the rabbit hole. In his own words:

"I usually tend to select more mellow tracks for a mixtape but this time I wanted the mixtape to be reflective of what my DJ sets sound like these days. My interest in the last 2 years has shifted away from pop and vocal house towards heavier tracks - in particular techno, jackin' house and ghetto house. Just like my DJ sets, my own production has also started to move towards a more dance floor oriented sound. I actually threw an unreleased demo in the mix as a little taste of what I'll be putting out this year."

Take a listen via SoundCloud, with a peak at the track list and tour details below. 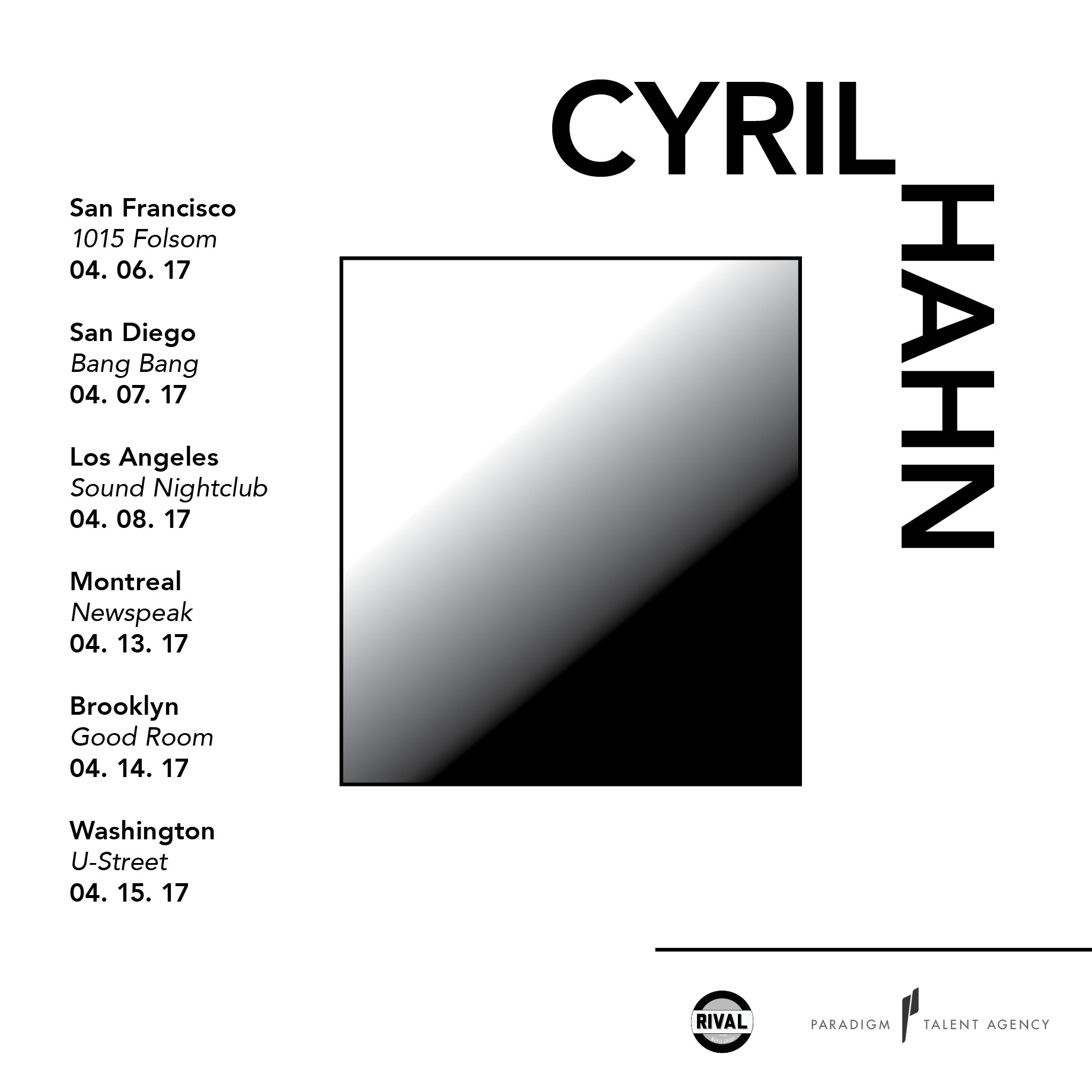