Ghost McGrady sets the vibe with "Life of a Dopplegangeer"

The latest act to join the ever so illustrious roster of New Los Angeles Records is none other than LA-based beatsmith Ghost McGrady, an elusive figure who is best known for his ethereal sample based soundscapes and work with distinguished MC's Boldy James & Bishop Nehru. Ghost's uncanny ability to morph and layer chops into psychedelic sound-collages teamed with a prolific output (check out the 19 tapes currently available on his Bandcamp) has made him a standout talent within the Internet's vast production scene.

In the last few months, the young producer has been preparing for his New Los debut, Fugue State. The first single off of the project is a languid instrumental entitled "The Life of a Doppleganger", which showcases his knack for chopping and intricately stitching together sonic bits to make completely his own. We are excited to see what the rest of the project is going to sound like, but you will be able to find out for yourself when it released tomorrow via New Los Angeles Records!

For all the LA heads, be sure to check out Ghost and a host of other talented producers perform tonight at Record Store Night! 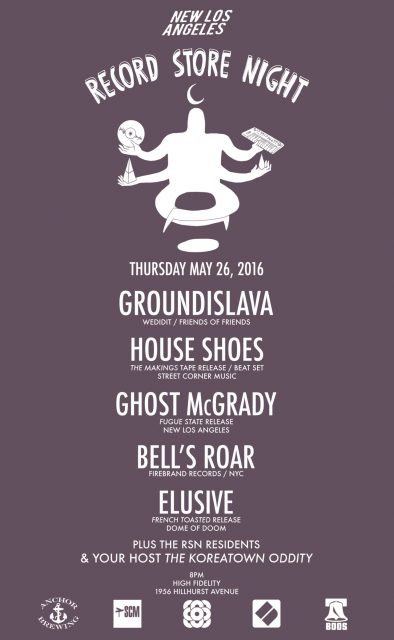