Stephen Wilkinson, aka Bibio, is an English music producer that, over the years, has provided a diverse range of sonic palettes for listeners to experience and attempt to assimilate. Often times his music seems to carry a very nostalgia inducing energy from which the listener can't help but be moved by. But, over the years it seems as though some have tried to pigeonhole his sound and have tried to apply sub-genre labels to his music such as 'Folktronica' even though, if you've listened to much of his catalogue, you would find influences from all types of genres such as: dance, funk, hip-hop, indie and lo-fi. If anything, Bibio is closer to being genreless, more so than many other producers which speaks heavily to his ability to keep evolving his sound. And it's because of this eclectic past that he has ultimately been able to pave the way for his most ambitious release to date.

Bibio has recently just released his seventh album, A Mineral Love, which takes him further away from his bedroom producer roots without losing any of the charm listeners have become accustomed to. On this album, Bibio approaches music from a slightly different angle by composing each song in a studio, giving him a chance to showcase more of his instrumentalist chops. He has always been able to create very lush sound tapestries and only has expanded on that by adding real life warmth, character and a spatial-ness that you find on similar studio efforts. And all of this is only amplified by the fact that Bibio invited special featured artists, including Gotye &  Olivier Daysoul, to join him on this new journey.

EARMILK had an opportunity to sit down and ask Bibio a few questions about this project and here's what he had to say.

EARMILK: What day of the week, more often than not, seems to be a day you find the most inspiration and drive to compose your music? What is it about that day that makes it special?

Bibio: I don’t pay much attention to what day it is to be honest, I can work any day. I usually finish earlier on a Friday so I can go to the pub and see friends who work Monday to Friday, but other than that, I don’t keep tabs on what day it is.

EM: What are your thoughts on the shared feeling of nostalgia and how do you account for the fact that we all seem susceptible to having nostalgic feelings sparked by visual or audio cues that aren’t even part of our own memories?

B: Our personalities are the result of accumulated experiences, we are shaped by society, environment and what we go through, our personalities are based on memories of sorts. Nostalgia to me is a personal, individual experience, accompanied by a sense of loss or longing. Not simply because we want to relive a period of our lives, but because it’s gone forever, and it’s not a place you can revisit, only in a dreamlike state. It’s that ghost of an experience that seems to be the essence of the melancholy of nostalgia. I like to induce nostalgia by painting my memories in a particular light.

EM: Your music, over the years, has varied in sound and is very rich in tapestry. When making new music, how do you know when a song is done or if it’s time to perhaps switch the style and change it up?

B: That’s not easy to explain, I don’t have an answer really. It depends on the track and it’s really a feeling, or maybe I might think a track needs a bunch of things doing to it and I consider it finished when they’re all done. There’s no formal template for when a track is finished, you just either know or you just draw a line so you can move on. Some of my tracks have existed as many versions spanning several years, because I’ve been dissatisfied with them. Other tracks are done in a day. It depends.

EM: While in the midst of heavy music production for your albums, do you find yourself listening to other producers music or do you kind of isolate yourself and allow your mind to wander unfettered by ideas from others?

B: I listen to music loads. I get ideas from listening to my own music and the music of others. But some music is like a holiday too. I listen to loads of jazz but I can’t play jazz, only a few standards and some licks, and a bunch of ‘jazz’ chords, but I can’t improvise over changes like a jazz musician. So listening to jazz is educational but also pure enjoyment, rather than analytical listening. I’m in awe of the jazz greats.

EM: How did the song “Why So Serious” come to be and what is your relationship with Oliver?

B: We’re friends now but that’s because we hooked up to do some tracks. We ended up having a lot in common, like guitars, brogues and watches, so we hit it off early on. I got his email address off Hudson Mohawke. I first heard Olivier on HudMo’s ‘Butter’ and dug it. He’s been over to mine a couple of times now, although the collaboration happened via file sharing. We’ll be doing more together, for sure.

EM: When you first appeared on the scene, many people attached the genre “Folktronica” to your work even though some of your songs were obviously inspired by producers such as J Dilla. What are your thoughts on genre labels? Do you think they affect your future thought process?

B: I’d like to see a funeral for the word ‘Folktronica’. It’s a cringeworthy term. I dislike subgenre names in general. I’ve just always been doing my thing, inspired by different styles of music, then someone comes along and sticks it in a box in which it doesn’t belong. So be it, people can do that if they want, but I don’t put my music in a box. In fact one of my least favourite questions about my music is “What kind of music do you make?” Because I can’t really describe it, it’s too varied. It’s easy now for someone to get their phone out of their pocket, go on YouTube and search for ‘Bibio’.

B: Various ways. I haven’t done much of that in the last year, some storms and wind etc. I’d like to go on a proper trip somewhere again. If I go out to record, I like to take decent kit that’s easy to use when it’s wet and windy, otherwise it’s a nightmare. But I’ve also made lush recordings with dictaphones and 60s cassette recorders. I see field recording as having two main avenues – capturing what is there without intervening and playing with objects to make sounds. I mostly do the former, I mostly do recordings of weather.

EM: Who are some of your non musical inspirational figures over the years?

EM: More and more producers are popping up on the scene due to the ever expanding music software and hardware being released yet many of these same producers are finding it difficult to hone in on a successful routine or formula for creating music. Can you walk us through a small snapshot into your life in regards to what a typical day, where you produce music, might look like? Do you have a specific routine or do you find yourself somewhat lackadaisical in your approach?

B: My routine is pretty much breakfast based, I’m pretty routine with that. But music making is varied due to having so many interests and tastes. One day I might sit at the dining room table with a guitar and a pen and paper, another day I might be in my studio playing around with synths and drum machines, another day I might be experimenting with guitar pedals and making looped drones. Sometimes I like to just listen to music before I do anything, to get me in the mood, to get me inspired. Ideas often come to me when I listen to my tracks in the living room or in bed, then I’ll build ideas in my head of what to do next.

EM: With this latest album, you have moved away from the Bedroom producer approach and went into the studio with real instruments. What inspired you to move in this direction or would you say it’s a natural progression from where you started?

B: It’s no different to the previous albums, the only difference is that half of this album was made in a sound proof studio in a separate building next to my house, as opposed to all in a bedroom in a house. But my roots have always been bedroom producer/guitarist. I’ve played real instruments from the start, it’s just I made a point of mentioning that this time as people label me as an electronic artist, when that’s only a part of what I do. I want more credit as an instrumentalist because I’ve always been that.

EM: What were you listening to or thinking about that inspired your latest album, A Mineral Love

EM: How would you describe the world that you are creating or trying to create with your music?

B: Varied, dreamy and colourful. 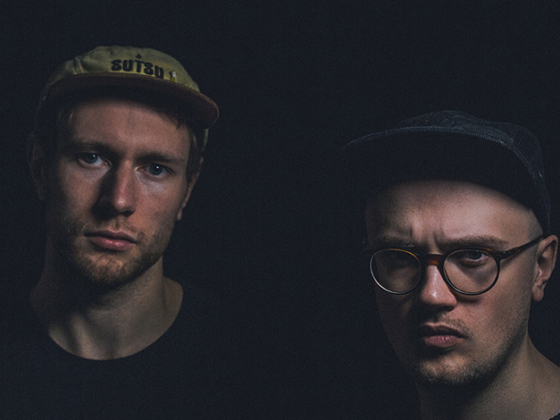 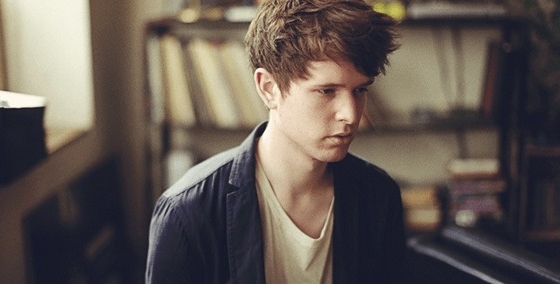