Buzz band Strange Names will be releasing their debut album on May 19. Expect Use Your Time Wisely to fuel your summer with a wide array of tantalizing music. The first single released off of the album, entitled "Ricochet", set high expectancies for the band's future, where the Minneapolis trio present a distinct, accessible, high-energy sound. In broadening the reach of "Ricochet", Strange Names let the veteran indie rock band Yeasayer borrow the song to give it their own spin.

Reworking "Ricochet" with a mix of groovy, venturing elements, Yeasayer provide a new energy to the song, while adhering to the direction set forth by the original. Funk guitar riffs and a slap bassline allow the song to flourish by carrying the otherwise straightforward vocals to new heights. As a whole, Yeasayer provide a substantial makeover to an already catchy song.

Keep an ear out for more off of Strange Names' upcoming album Use Your Time Wisely. 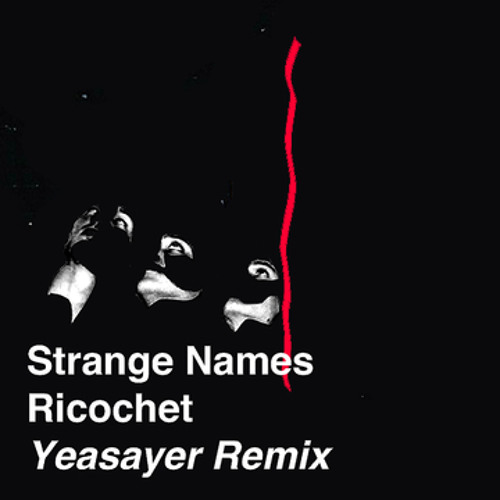