From Indian Lakes "Sleeping Limbs" remixed by The Kickdrums [Premiere]

Founding member of From Indian Lakes, Joey Vannucchi grew up just outside of Yosimite National Park. Playing music from a young age, at 20 years old he began recording his music at a friends studio in Indian Lakes, California and thus From Indian Lakes was born. Having released three full-length albums, they are currently touring in support of their most recent release from Triple Crown, entitled Absent Sounds.

Currently working on a new album is Alex Fitts' musical alter-ego The Kickdrums. While the name The Kickdrums may not come to mind for indie rock, as Fitts has produced for Kid Cudi and 50 Cent as well as remixed both Adele and Kanye West in the past, he has thus far released two original albums. The Kickdrums released a preview off of upcoming material with a new song entitled "Breathe Again", a floating, expansive indie-infused track.

Today, the two acts come together for a The Kickdrums remix of From Indian Lakes' "Sleeping Limbs". Immediately diving into a steady groove, the remix evolves around this steady middle ground into a lush, wholesome, standalone track. In transforming the original song, Fitts rebuilds the instrumentals in chunky electronic fashion, providing a lush soundscape for the vocals to thrive off of.

So, here's to hoping that the two acts can come together again in the future to continue making stand out music. 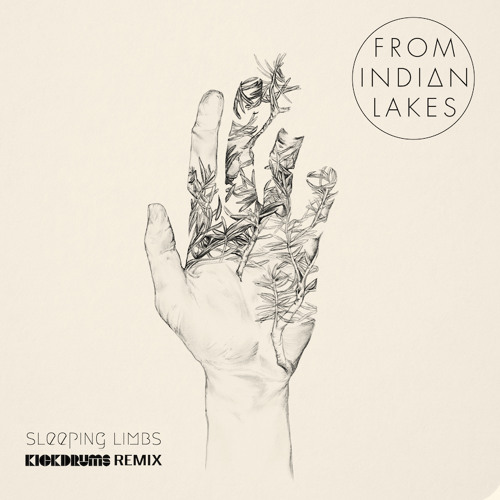