If Just Kiddin’s “Thinking About It” sounds familiar, perhaps you’re recalling The Magician’s 41st installment of his infamous Magic Tape series. The opening track of that mix, Thinking About It” was one of those tracks that remained a mystery as the next tapes followed for a couple of months to follow. Lewin Thompson and Laurie Revell fill “Thinking About It“ with so much emotion and sass, it really captures that toxic “can’t get you off my mind” struggle.

Lewin Thompson and Laurie Revell of the UK duo have mastered cushioned, swirling synths with entrancing, soulful vocal loops, catching the attention of big house names like The Magician, Duke Dumont, Tensnake, and Gorgon City. This hypnotic single is available now via Eton Messy Records for everyone to shake the pain away all over the dancefloor. 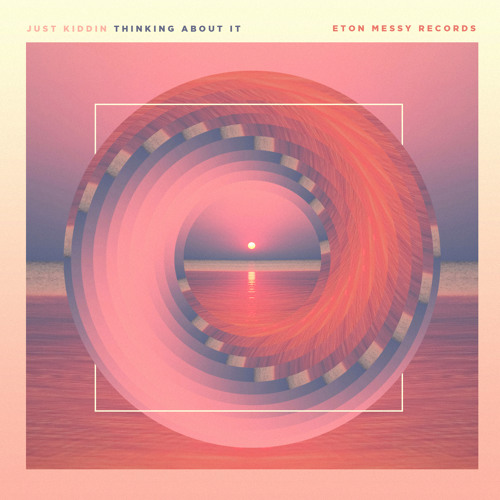