These are the mashes that are worth hearing, so stop your searching and instead settle down at your computer… turn up your speakers… and get ready for that sweet nectar that only EARMILK can give ya. Let's GO!

As July winds down, the dread of school starting back up starts to descend upon those who, unfortunately, have to begin their studies again. For those who do not have to worry about hearing someone drone on for extended hours in a day, I salute you. But then again, that most likely means you're in the work force…sitting in front of a computer for hours on end, or something in that nature. For me, I'll be starting up law school, so I'll be doing both. Excited? Definitely. Stressed? I most certainly will be.

Fret not though, I plan on keeping up Mashup Mondays going for the foreseeable future. The only caveat being that I'll be posting a new segment 3 out of 4 weeks in a month. So the tunes will keep on coming, and more importantly, they hopefully allow you to start your week the right way.

Starting us off, we have Dean Supreme's notable take on Flume's "Warm Thoughts" as Kanye West provides lyrical ammo courtesy of his "Can't Tell Me Nothing". Supreme's "Sensitive" takes on some impressive low-end with Mr. Carmack's "Muney (Gimme Dat)", while Kanye's vocals are pitched down to emphasize the deep resonating bass that is oh so pleasant on my speakers. Following up all that bass is Mighty Mike's mashup titled "Liberté Magique", which samples Coldplay and French musician Florent Pagny. Granted, while Coldplay's "Magic" is easily recognizable, hearing French instead of English was, intially, a shock. However, Pagny's "Ma liberté de penser" adds such sensuality to the overall vibe, that I quickly forget that I don't understand a word of French besides "Bonjour", "merci beaucoup", and "Parlez-vous français". When a track allows you to forego such a hindrance, then you just stay and listen to every single second. So merci beacuoup Mighty Mike.

DJ Y alias JY's "Magic Barnett (Part I)" is an interesting concept because both Part I"Magic Barnett (Part II)" – not listed below – feature Coldplay and George Barnett. "Magic Barnett (Part I)" makes use of Coldplay's "Magic" as the acapella, and Barnett's cover of "Get Lucky" as the instrumental. It's a funky track that will have you grooving in your seat, and if you feel like hearing same samples but flipped in terms of their usage, then check out Part II here. Next up we have Colatron's "Whole Lotta Bass", which features Led Zeppelin and The Funk Hunters, and lives up to its namesake. Colatron rarely disappoints, and he certainly does not with this mashup. With an abundance of energy that never wanes, you may just find yourself whipping out the air guitar and busting out moves that would do your mother proud. As Colatron himself eloquently puts it, "pull on yer tightest flared strides and strip off your top, throw back your lucious manes of hair, and roar out the lyrics like Kidderminster's finest".

Rounding out the highlights for this week are Zigmond Fraud and JamiePR respectively. Zigmond Fraud delivers an instrumental A+B mashup that brings together The Future Sound of London and Lorn, both of which were unbeknownst to me. However, the resulting mashup is futuristic, so raw, and utterly fantastic that I had to play it a couple more times repeatedly to try and comprehend what it was that I heard. Granted, this may not be everyone's cup of tea, but for those willing to venture out of their comfort zone, then Zigmond Fraud supplies us with an item that will have you reassessing your mentality. And to bring us back down to earth, JamiePR does no wrong with a smooth, and aurally gratifying, combination of Bob James and Marvin Gaye. With the classic crooning of Marvin Gaye's "Let's Get It On" and pleasant tune of Bob James' "Feel Like Making Love", it's hard not to imagine "Feel Like Gettin' It On" providing the musical backdrop for the beginning of a wonderful night. Seriously, pull out those satin sheets, scented candles, and invite your significant other for an exploration of bod…I mean, minds.

Grab all the tracks listed in today's segment here, and have a great start to your week. If you're going back to school, enjoy the rest of your summer!! As always, post your comments and mashup suggestions below. 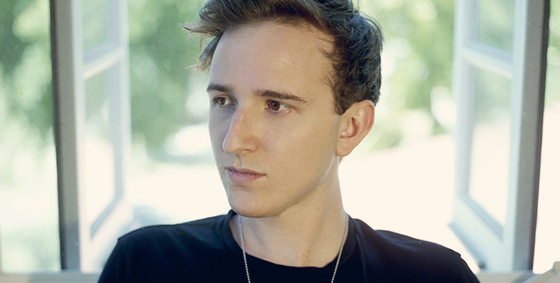