Toronto's The 6th Letter has been buzzing for some time now. Building a following through his smooth raps, relatable content matter and his cult like Go Green initiative. Linking up with fellow Torontonian Raz Fresco for production the two have made quite the team and their bond and collective work seems to only be improving.

After recently dropping his newest 14-track project titled NorthernPlayalisticGetHighMuzik we had the opportunity to speak to 6 about his music and his thoughts on the attention that Toronto is now receiving. Dig in below and be sure to download his new project HERE.

EARMILK: How long have you been in the rap game and what led you to start?

The 6th Letter: I released my first mixtape back in October of 2010 so goin on 4 years now. I've always wanted to pursue a career as an MC ever since I first caught wind of ATCQ's "Scenario" music video Ft. LONS as a kid, but never really gained tha courage to actually do so till I hit high school and started freestylin for tha homies and shit.

EM: You've worked with Raz heavily for a while now, how did that begin and what is it about his production that draws you to work with him?

T6L: Raz and I linked a few months after he dropped that "Layin' Low" video on WSHH back in 2010. I had hit him up on twitter regarding production for my debut mixtape "What The F!?" in which I was workin on at tha time. Sent him some of joints off tha tape, he liked it and sent a few beats over. 1 of them turned out to be "LV'd Up" (which we later shot a video for and premiered on WSHH) and tha other two turned out to be "Take A Hit" (which is also on my first mixtape "What The F!?") & "4daCREAM" ft. Jimmy Johnson T6L (on my latest project NorthernPlayalisticGetHighMuzik.)

Raz and I have similar views and affinities for tha Hip-Hop culture, tha era we we were born in as well as many other things. Tha day we shot "LV'd Up") was tha same day we first met in person. Everything juss clicked and we've been grindin since. We're both juss some young do it yourself type niggas. I filmed his scenes in tha video, he filmed mine (+ edited tha video), and our homie Tshane filmed tha scenes with both of us in it. It's tha passion and soul you can hear in tha production that I'm drawn towards. Raz makes tha type of beats I'd make if I were a producer. They're exactly what I want to hear.

EM: Toronto is starting to get more attention, as an artist on the ground do you feel the difference ?

T6L: I definitely feel tha energy bubblin in tha city as of lately. It's a great thing, everybody is inspired. Give us about a year or two and Toronto will be runnin Hip-Hop.

EM: NPGHM is the first of 3 volumes can you let us know what the 2 others will be like?

T6L: NPGHM Vol. 2 & 3 will be a lot more advanced sonically than tha first volume. I got mad different flavours on there. Even a few for tha ladies. I don't wanna say too much. You juss gotta hear that shit.

EM: You speak a lot about weed, how does it affect your creative process ?

T6L: It puts me right in my zone. Helps me tune out outside interferences and shit. I fuckin hate being bothered while creating.

EM: Where do you see yourself in the next year, and would you ever work with an electronic producer?

T6L: A lot more knowledgeable in everything from our genesis on this planet to tha ins and outs of this music business. Plus a couple o's wealthier of course. And if you're talkin that dubstep type shit, nahh.

EM: If you weren't from Toronto where else would you want to live?

T6L: Somewhere in LA or NY. 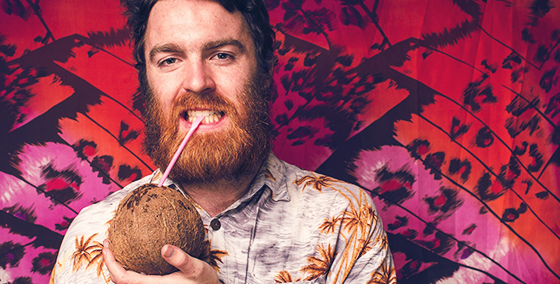