With a central piano and splicing electronic melodies, Henning Fürst's remix steadies Kid Astray's instantly catchy single "No Easy Way Out". One part of the established, yet now defunct Swedish duo The Tough Alliance, Fürst has been adding his touch to others' music for quite some time, remixing songs here and there as well as producing for artists such as Taken By Trees on her 2012 album Other Worlds. Kid Astray, on the other hand, are just beginning their career and, like Fürst, should be in for a fruitful one as they provide wholesome hooks that'll be sure to draw you in.

Taking on Kid Astray's "No Easy Way Out" is no easy task, as it is a highly infectious track that can stand easily on its own two feet. Fürst, however uses his experience to his advantage, recreating the song into something it isn't--a slow, echoing and easy-going ride that gives the song a new dimension. Beginning with a simplistic piano and drum beat, the remix is created around these two elements, layering effect-filled tones to tug the instrumentals in to new directions and laying spliced vocals over top to set the edge.

In order to get a feel of the original indie-pop source material, be sure to take a listen below. It features strong momentum that carries through until the end as well as strong vocals that won't easily be forgotten.

The Norwegian six-piece Kid Astray have one EP under their belt with 2013's Easily Led Astray and are looking to cause quite the splash with a forthcoming EP set to be released later this year on Cosmos. Until then you can listen to their single "No Easy Way Out" on Spotify or purchase it on iTunes. 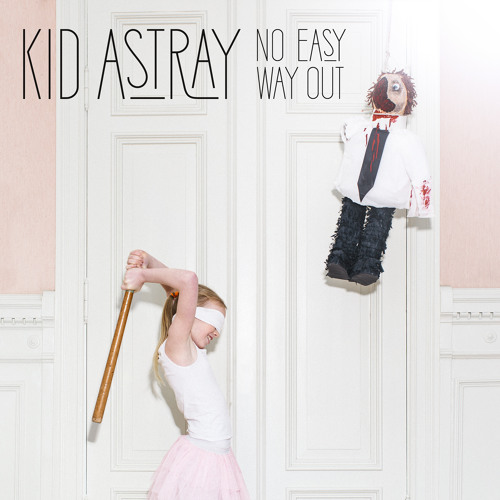