6 years ago by Gautam Sawhney

The Queens rapper, YONAS just remixed the Lorde favorite, "Team" as a holiday present for his fans. The independent rapper complements the mid tempo song with reminiscent lyrics. Sean Ross adjusted the beat to support the strong hip-hop layer over the original track that was written in the key of G major.

The free track is available for download! If interested in hearing more then check out, The Transition 2: Bright Lights, Big City mixtape and The Black Canvas album that were both released with critical praise in 2013.

Stay classy and educated with this jam at your NYE party! 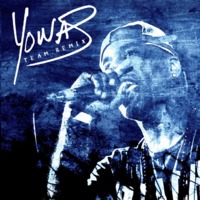