Disco Thrill has once again delivered a newcomer specialising in super sexy disco with LeMarquis. The French producer has hopped onto  Phoenix track "Fences" and pushes it into completely new territory using the familiar sounds of funky guitar licks and creamy rhodes chords.

The newest effort from LeMarquis stays true to the original and doesn't mess around with the soothing vocal lines of Phoenix frontman Thomas Mars, while creating its own identity and stamping down pretty hard in the world of Phoenix remixes. As Disco Thrill grows as a label which has already been sprouting huge talents, I am sure we will see more great things from LeMarquis and the rest of the Disco Thrill roster. 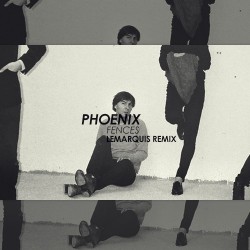