7 years ago by Kristine Musademba

19-year-old Sebastian Carter from Frauenfeld, Switzerland has graced EARMILK with the premiere for his newest remix, which comes to your open ears as a velvety and blissful revamp of "Fall" by Australian Nicole Millar. Carter's remix conserves the serenity of Millar's original, but packs some additional punch by adding in futuristic elements and a chilled out back beat which hypnotizes and captivates the ears after first listen. The Swiss teen is not only a talented artist, but has an interesting and motley musical taste when it comes to his own productions; indie-electronic, deep house, garage house, and nu-disco are among the genres so far covered in his collection of tracks. The past year has seen a production explosion from this Swiss artist on the rise-make sure to listen below and check out some of his prime reworks of Alt-J's "Breezeblocks," and Foals' "Late Night." 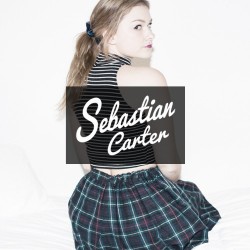