DJ, Producer, Teacher, Homie...all of these words come to mind when describing Brooklyn Bounce master, CODES. I sat down in the studio with Rochester, NY native and Slow Roast crew member, Cody Murray, and came out with a new friend and nostalgia for 90s rap & old school raves.  A seasoned DJ, CODES has been involved in dance music since his older cousin brought him to his first rave at 14, leaving the experience wide eyed with a jungle mix tape in his back pocket. The rest, you might say, has been the product of hard word, a humble attitude, and dedication to his passion - music.

CODES developed his career over time, touring the world, producing original EPs with Slow Roast &  remix EP with Ultra Records as well as teaching at Dubspot, the electronic music school. A house music DJ & Producer, CODES has dabbled in other types of electronic music, but always finds his way back to that "Brooklyn Bounce," producing feel good house music everyone wants to get up and dance to.   A normally laid back dude, he likened his onstage persona to that of Beyoncé's alter ego: Sasha Fierce, working the crowd and dropping beats that you cant help but groove to. CODES has worked with tons of well respected artists in the dance music world, but always finds creative ways to produce fresh new music...like a Tinder match turned musical collaboration...bringing new meaning to "swiping right." Listen to his music and read EARMILK's interview with one of house music's most down to earth producers, CODES:

EARMILK: You're a Slow Roast dude, what's your connection?

CODES: Slow Roast is my crew. Craze, Kill The Noise, Brillz, I've been DJing with them forever. Slow Roast, is where I have put out a lot of my music, but we're not exclusive, just my crew.  I mean, Craze is the best DJ in the world.. he's won the DMC championships 3 times,  you can’t even compete with that, he’s one of the only people to ever do that. And Kill The Noise I've known since high school.  He was one of the people who got me really into music at a young age and we've been working together for a long time.

EM: High School? Wow, so how'd you get into dance music?

C: My cousin brought me to a rave in NYC when I was like 14, I remember standing outside and hearing that "VOOMP VOOMP VOOMP" and feeling such a rush. I started off as a jungle // drum & base guy, its one of my biggest influences, also lots of rap. I bought a jungle mixtape at the tables at that rave and started getting really into it from there. I started buying records every Friday when I was 14, I have so many records, I have all of theses [points at tons of records around his studio] and I also have a full storage unit of records plus more.  I love to sample my favorite parts of all the records that I love.

EM: Tell me about Output showcase you played during CMJ, your set is awesome

C: Thanks, yeah that was pretty insane, people were going crazy. It was a great night. I've been living in Brooklyn for 8 years now, so all the music I make is influence by Brooklyn.  It was awesome to see them reacting to my tracks, and took advantage of the fact that I was playing in BK.  Right before I left my apartment I took grabbed some Biggie samples and started the set off with that line "Where Brooklyn At..." the only line from "Get Money" that has no backbeat and people started goin' crazy.

C: Damn, I would have to say -  “What You Gonna Do”  is my favorite original.  It came about from a few things i sampled and looped together, it just happened.  When I played with Oliver at Output they told me they still drop that track, which is crazy. You hear your songs a million times, I do all my own mixing and re-mastering, you become really self critical.  I have a folder full of songs that will probably never see the light of day, but I wont put out something unless I think its great.

My favorite remix, is BREACH - "Jack" (CODES Remix), and that is the consensus with my sound cloud followers, it definitely has gotten the most love.  I was nervous to remix the track, but my manager sent me the vocal stems and I did it in 2 days, like 20 hour full days.  Sometimes you just get into it.  (Laughs) That's part of the reason I started teaching at Dubspot! A little human interaction.

I have a track coming out on Win Music with Treasure Fingers, it's not officially out yet, but be on the look out for it, its really dope, we're really excited about it.

EM: Who is your dream person to co-produce with? Remix one of your tracks?

C: Hmm...to produce with? Probably Armand Van Helden, 1/2 of Duck Sauce.  Armand was one of the few people people who had an actual music video on MTV with rap videos. Mad respect for that. To remix one of my tracks? One of my favorite producers right now is Shadow Child, I'd love to see him remix one of my tracks,  but I'd also love to work with Julio Bashmore or maybe Duke Dumont.

EMK: You've worked with so many great producers, what some of your favorite stories behind the production?

C: I was on tour with Kill the Noise in Australia a few years ago and did a DJ showcase at a record store in Sydney.  We  asked them if we could borrow some equipment and they set up a whole studio for us in our hotel room.  We ended up working on this trap record for 2 days straight and named it "Trapped in Sydney" because we literally trapped ourselves in the hotel and made the record.

But...here's a good story...you know Tinder? Well, uhhh haha...I thought it was sketchy, but read this article and was like oh shit, this is legit.  I was a little skeptical, but decided to invite this chick to a party and she ended up being mad cool and  and she sang happy birthday to someone and I was like, yo let's make a track.  So, we'll see what happens there, makin' tracks off of Tinder!

EM: What is your favorite moment on stage?

C: Output was pretty fun a few weeks ago, but one of the best moments was maybe 2 years ago opening up for Knife Party & Kill the Noise in LA, the venue was a couple stories high, and sold out. Goin’ up to the turn tables and immediately, the way people were reacting to me was crazy. It was like I had strings on my hands, I felt like I was controlling them. It was the best rush.  A track would drop and the lights would go off and they’d come back on and hear the most powerful reaction to what I was playing. It was crazy.  There are youtube videos of it!

EM: Have you had an OMG I feel super famous moment?

C: Ha, not really. I don't think I'm famous...I like to keep it that way, I am becoming more successful, but like to stay within the underground world.  I haven't sold a billion records or anything - I'd like to be a Justin Martin or a Claude Von Stroke eventually. Staying within the underground world that the normal "popular EDM fan" might not know, but a level of respect and success that they have achieved within this world.

EM: 3 Favorite Records of all time?

C: This is a hard one! ..laughs...I probably could pick 3 Jimmi Hendrix as my top 3, but I wont…I should probably pick a dance music album, but whatever:  1). Jimmi Hendricks – 'Electric Ladyland' 2) Snoop Dogg – 'Doggy Style' 3) Black Sabbath – 'Black Sabbath.' 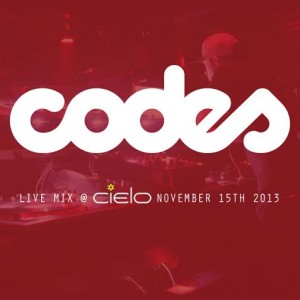