Still in the early stages of his career, Thomas Jack, has put out yet another track to prove that he is here to stay. His most recent remix of Benjamin Francis Leftwich’s “Atlas Hands” overlays his signature sound on top of Leftwich’s incredibly delicate tune.  We have seen Jack produce Hype Machine topping original tracks such as “Symphony” &  "The Final Speech" (Ft. Adrian Symes) as well as incredibly unique and impressive remixes like:Of Monsters and Men’s “Little Talks” and Adrian Lux’s “Teenage Crime”.

In the “Atlas Hands” remix, Jack masterfully utilizes the soft keys of a grand piano and whistles of a flute to compliment Leftwich’s raspy voice and autistic guitar, a sound that has now come to define Jack as an artist. Jack’s use of electronic elements combined with a symphony of unique instruments adds a secondary melody that supports the very gentle, original track.   Soft and smooth, Jack makes the track dance dropping a solid beat into mix.  The pulsating beat vibing between melodies takes you sailing through the song as you listen to his freeing voice. 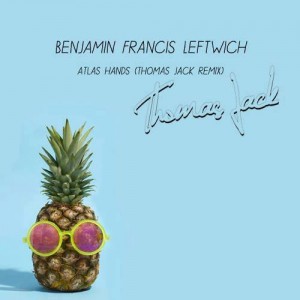