Du Tonc may be relatively new as an international duo, but they’ve certainly had their fare share of smile-inducing nu-disco tracks within just the past year. Comprised of London-based Mighty Mouse and Matt Van Schie of Sydney-based Van She, the two first made waves in the US with their debut single  "Darkness",  now with over half a million streams on Soundcloud.

Neither Matt nor Mighty Mouse is known for staying within the boundaries, and their broad spectrum of combined talents shines through the single “Island”. They waste no time setting the scene in a more blissful world than wherever you are right now, especially for those not quite ready to leave the beach as winter approaches. Take a listen and you’ll be greeted with a minimalist use of bongos and a floor tom drum complimented by the smooth and distant voice of none other Matt Van Schie himself. His bass and vocals fuse perfectly with Mighty Mouse’s renowned production, filling the song with true indie dance emotions and an airy mystique—instant daydreaming indeed. As a strong proponent of live instruments and genre-hybrids, I can’t wait to see the live performance they’re currently rehearsing for November.

It is no surprise Du Tonc will be releasing “Island” on their imprint, Nightfilm, in just a week on October 14th. But for now, check out their equally groovy mixtape, creatively named "Mixtape 1",  available for free download. 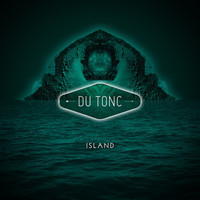